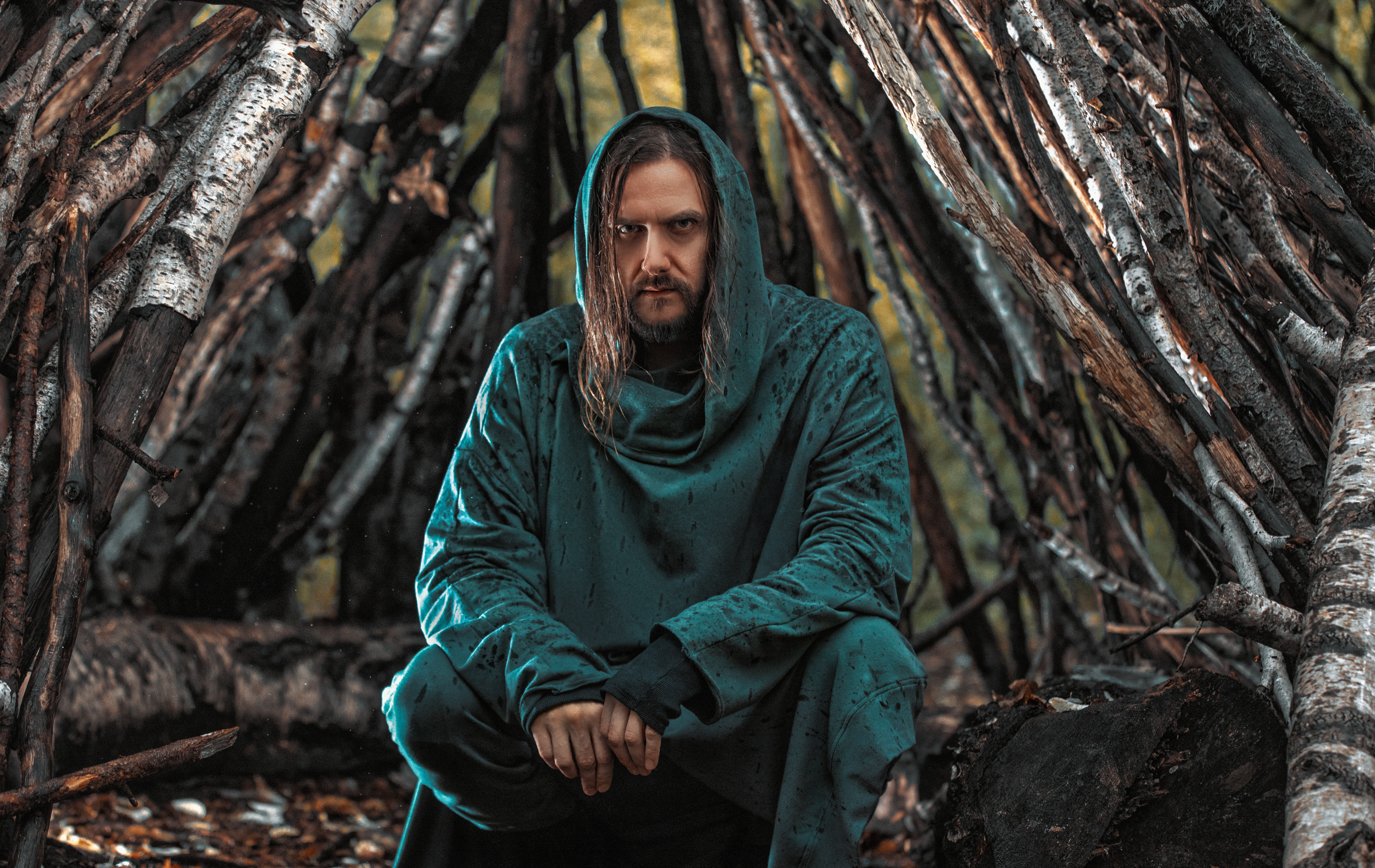 Whenever someone in a successful band makes a solo record, fans tend to wonder whether that person’s tenure in the band is now the subject of some doubt or whether the current band is capable of sustaining their ambition, but this isn’t the situation here.

Lunatic Soul is the offshoot musical project of Mariusz Duda, bassman, composer and vocalist with the mighty Riverside, and it came into existence in 2008, initially for Duda to explore different musical paths and to attempt things which might not work in Riverside,  allowing him to experiment with prog and alt. rock, and in a way different to Riverside. What began as a musical side project has now become a full-on musical adventure though, and  Through Shaded Woods is now the seventh album in the series. It should be noted the songs making up a Lunatic Soul album are not just pieces Riverside didn’t want or couldn’t use. Every piece of music stands up for itself, and the results of this new adventure are often unpredictable, but always fascinating.

Through Shaded Woods is a new direction for Lunatic Soul, possibly because of the darkness which enveloped Duda in 2017, losing Riverside friend and guitarist Piotr Grodzinski as well as his father, and which helped produce the album, Fractured, has largely dissipated. This has helped give the album a feeling of accessibility right from the opening tune ‘Navvie,’ an acoustically driven song which, given how intense and complex previous Lunatic Soul pieces have been, is almost commercial.  The presence of acoustic guitar is noticeable all the way through the album, with the heavily electronic sounds prevalent on earlier albums absent. This has allowed Duda to give full range to his musical ability as, on this album, he plays all the instruments.

Duda has incorporated ‘dark Scandinavian and Slavic folk’ influences, and these can be witnessed on tracks like ‘The Passage’ and ‘Oblivion,’ with their feel of music being played at a Nordic celebration. ‘Summoning Dance’ opens with a gentle acoustic intro, and the acoustic riff runs through the track, which becomes almost hypnotic, with some mazy instrumental runs. ‘The Fountain’ is an emotionally atmospheric piece that could easily slide into Riverside’s ‘Love, Fear & the Time Machine’ album, and the title track ‘Through Shaded Woods’ is a haunting piece about ‘facing our worst fears and overcoming them.’

Mariusz Duda is an extremely gifted instrumentalist and, on this album, he gives us more of what he’s known for, with some beautiful melodies, emotionally intense vocals, and thought-provoking lyrics, all bound up in a mood and atmosphere which captivates

NB: Through Shaded Woods is also released as a limited edition CD containing three bonus tracks, all instrumental and very different to the six preceding tracks, with the twenty-seven minute ‘Transition 2’ dominating but, for this scribe, the bonus tracks will probably be of interest only to completists.