Magnum rummage in the archive with Dance of the Black Tattoo 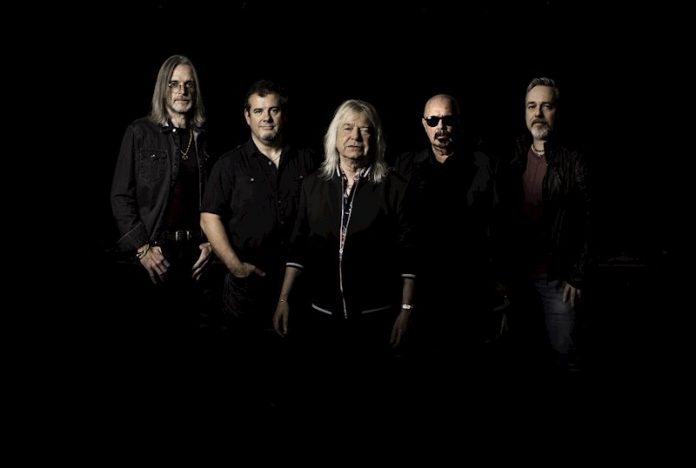 Three years after releasing “Valley of Tears,” a compilation album focussing on their quieter, softer side, Magnum have come up with Dance of the Black Tattoo, an album that highlights the harder, rockier side of the band. On this compilation, band main man Tony Clarkin has raided the band’s archives to dig out some rare ‘live’ cuts and a number of outstanding radio performances, plus some ‘live’ versions of a few of their better-known songs. He’s also remastered and updated all fourteen tracks on the album so they conform with state-of-the-art technology.

‘Live’ versions of ‘Black Skies’ and ‘Freedom Day’ open up, both previously available on their 2011 album, The Visitation. In their early days, Magnum were considered to be a heavy metal band but, as these two tracks, plus others on this album, such as ‘Dreams won’t Die’ and ‘All my Bridges’ suggest, they’re a melodic hard rock band, and they don’t fit easily into metal. Yes, they use power chords and can rock with the best of them, but they also employ melody rather than riffage in their music, and occasionally strings.

A respectable burst of applause greets the opening notes to ‘On a Storytellers Night,’ taken from their classic 1985 album of the same name, and also ‘Dance of the Black tattoo,’ both ‘live’ bonus tracks taken from the DVD ‘Escape from the Shadow Garden.’ These are then followed by radio edits of their classic anti-war song ‘On Christmas Day’ with its emotive theme “for just a moment they’re men, not soldiers, and on Xmas day, there’ll be no killing or fighting” plus also fan favourite ‘Born to be King.’ After these comes ‘Phantom of Paradise Circus’ and ‘No God or Saviour,’ both bonus tracks from the album Sacred Blood-Divine Lies before concluding with three unreleased radio edits, the hard rocking ‘Not Forgiven’ and ‘Madman or Messiah’ from their 2020 album The Serpent Rings, and ‘Show me your Hands,’ from Lost on the road to Eternity.

Magnum are one of those bands whom you know will never let you down. Right through their career, they’ve always released a consistently high standard of album, and they’re a popular ‘live’ draw. Dance of the Black Tattoo is a worthwhile introduction to Magnum if you’re not too familiar with their music though, personally, A Storyteller’s Collection would be a more appropriate starting place.