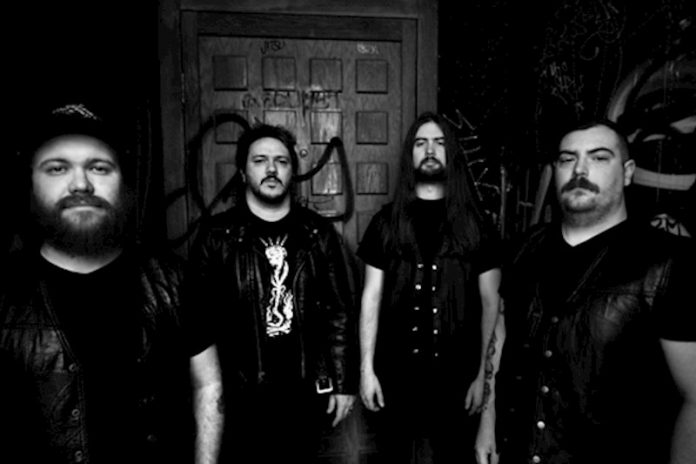 The US quartet sporting the intriguing moniker Mo’ynoq unleashed an impressive musical storm back in 2019 entitled Dreaming in a Dead Language, which contained an abundance of inspired ideas and well-crafted compositions that forced the listener to take notes and pay attention to the compelling slices of eerie black metal. This upcoming 5-track album of theirs, A Place for Ash, is a prime example of how to construct intensely bleak and melodically strong music that leaves room for reflection and thought.

The balance that is struck between harsh, dissonant passages and the more epic, easily accessible ones works like a charm and makes for a thrilling listening experience where one is treated to countless surprises while also getting to enjoy sections that are borderline meditative in nature.

The way in which the song material transports the listener through labyrinthine structures and a thick mist of torrential riffs only to ascend to a different plane of existence that appears brighter and less claustrophobic (or more majestic and strangely empowering, if you will) is rather impressive and a huge part of the record’s appeal.

While ‘Penance’ is akin to the activity of contemplating the pitch-black wastelands of humanity while stewing in anger and misanthropy, closing track ‘The Beast That Mourned at the Heart of the Mountain’ is a thing of raging beauty that will leave you spellbound thanks to its inherent melancholy and superb melodies. Atmosphere is the keyword throughout.

The unceasingly grim and caustic vocals exude a particular passion throughout but are arguably the least outstanding part of the opus, which is not to say that they are mediocre or lacking in substance, but there are a few instances where they come up short and fail to either complement the music or grab you by the throat and suck you in completely, so a little more variety and punch in that department would have been an added bonus.

There are many aspects of A Place for Ash that feel fresh and enthralling, and as fierce and fervid as it is, it does actually harbour a subtle sense of spiritual elevation rather than a religious sense of the word. What you get is raw yet powerful black metal with the ability to conjure up visions of uncanny places where an aura of dread and disquiet prevails – and that is exactly what you need.