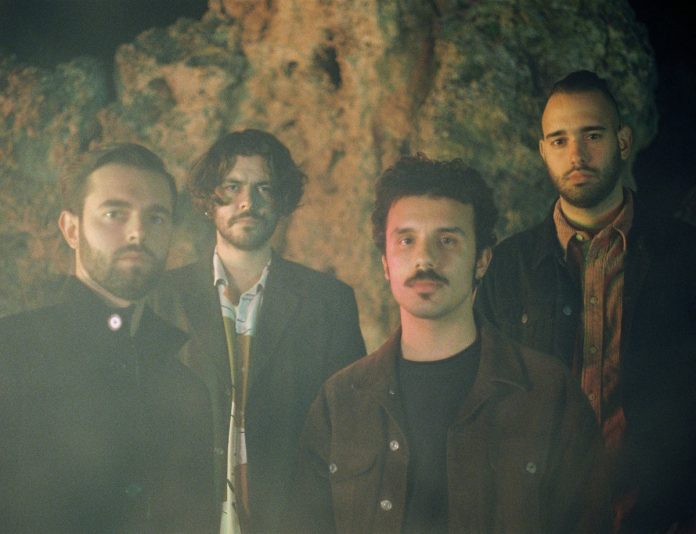 The Greek music scene has been largely forgotten, even though they have provided some quality bands over the years: as far back as the superb and quirky Socrates Drank the Conium to the power metal of Firewind, there has been some memorable output.

The self-styled prog/psych band, Naxatras, with their fourth album called imaginatively IV can now be included in that roster. They’ve been getting better and better since I was released in 2015 to III in 2018. Incidentally, if you’re wondering about the name, the band explain it thus: “Naxatras comes from the word “Nakshatras” which refers to the various phases of the moon in Hindu astrology. It sounded cool and fitting with our music but we spell it differently because it looks better with an “X”!

As for the music, they have moved more toward psyche prog with a multi-layered sound that will draw comparisons with Floyd although, to my ear, they range from there through Heep and out the other side to a jam-band with a 70s rock sound that oozes quality.

Mainly instrumental’ this album never fails to engage: take opener ‘Reflection (Birth)’ as an example and the eastern influences in the first section, before changing to a heavier interpretation of the melody shows off the quartet’s skill in writing and plying and the guitar solo is excellent. ‘Omega Madness’ is rock with a Satriani gloss… if he did UFO riffing. ‘The Answer’, has a blues-based intro before the vocal melodies and keys bring the prog. There’s funk in ‘Radiant Stars’ and with ‘The Battle of Crystal Fields’ we get a prog-rock eight-minute epic that has it all.

The closing track, ‘Shape of the Evening’, is a beautiful acoustic-led piece that, with the tribal drum rhythm and occasional electric slide and chord interjections, is complex yet accessible and totally captivating, right to the sea washing the shoreline at the end.

Naxatras are a band that has so much to offer and deserve to be widely acknowledged as a proggy, rocky, psyche-y force to be reckoned with across the planet.