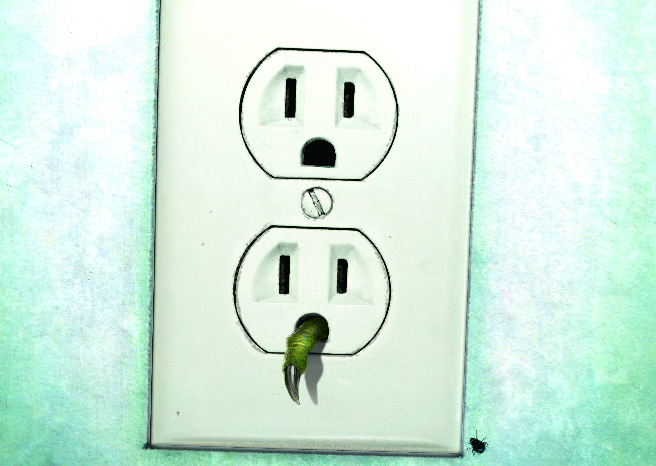 If you have heard of Nekrogoblikon, chances are it is because of the absolutely fantastic video for ‘No One Survives’, which went viral upon its release last year. Its virality was completely deserved; slick, sleek and funny, the video chronicles the tale of a down on his luck goblin who snaps under the pressure of urban living. Consequentially, interest in Nekrogoblikon is way higher than it ever should have been.

This isn’t a slight against Nekrogoblikon. The band formed as a summer project in 2006, and their lyrics are full of unimaginably silly humour: there was no way they were winning any “most likely to succeed” awards before the success of ‘No One Survives’. Now, however, the world seems to be looking at these 5 goblins, and they are given the opportunity to take Nekrogoblikon further than they could have ever imagined. 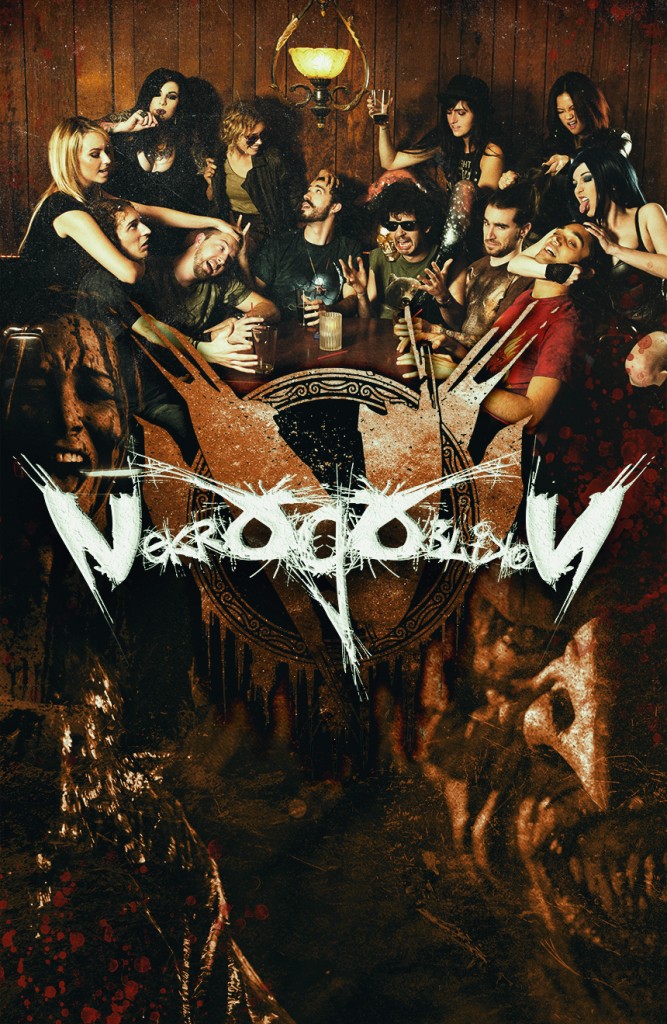 So, will their 3rd album, ‘Power’ make Nekrogoblikon the next big thing in metal? Well, it doesn’t seem likely. It seems that getting some kind of popularity and a budget is possibly the worst thing that could have happened to them. Back on their first album, ‘Goblin Island’, Nekrogoblikon had a low budget, B movie charm that warmed you to their silly humour. Sure, the band seemed to only have one joke, which was the inherent funniness of the word “goblin”, but you couldn’t help but laugh along with them, as it seemed as though they were having a lot of fun making the record. Now they have the funds to make the record sound decent, this B movie charm has sort of been sucked away, leaving you with a well-produced metal album with extremely silly lyrics.

Of course, there is nothing wrong with being silly. British humour is built on the absurd, and even the best American Comedies rely on a sturdy amount of stupidity to get laughs out of the audience. However, with ‘Power’, even the most ardent Monty Python fan would have trouble stomaching the amount of wackiness on show in this album’s lyrics. For example, lyrics such “we shall to left/we shall swarm to the right/battalions of crickets swarm through the night” is a nice little quirky lyric on its own, but when the rest of the album follows the same simple nursery rhyme rhyme-scheme and absurd subject matter, it does become a little annoying if you’re not one their zany wavelength.

Which is a shame, because the members of Nekrogoblikon are all fantastic musicians. There are moments in several of the tracks, such as ‘Friends in Space’, that see’s guitars and keyboards trading off solo’s like they belong on a Children of Bodom record. On “Powercore”, Brandon “Fingers” Frenzel rips out an incredible bass solo. Meanwhile, drummer Eddie “Drifty” Trager consistently rips it throughout the entire album. The song writing also has a chaotic charm about it, in an “I wonder where this is going next” kind of way. In “Derailed”, there are violent shifts between melodic death metal and circus music, which will at least prick up your ears.

Whilst it is ludicrous to suggest a band of goblins should get more serious, you are sort of left with a sense that you wish they would by the end of this album. It wouldn’t be a problem if the lyrics were of an early Tenacious D quality, but unfortunately, a lot of the lyrics just seem wacky for the sake of being wacky. There are times when the band is are audibly having enough fun that it forces a grin out of even the most miserable among us, such as in the uncomfortably happy ‘Giraffe’, but most of the album feels like you’re being force fed a Family Guy boxset through a tube that has been rammed down your throat. So unless you’re in a particularly zany mood, try and ignore the lyrics. Or listen to their first album. Or just don’t listen at all.

Before I’m tracked down and ripped apart by angry goblins, I should let you know that this album is out now. The band are also touring the UK on the Kerrang! Tour in February 2014, which you don’t want to miss, because if nothing else, this band are an absolute riot live.