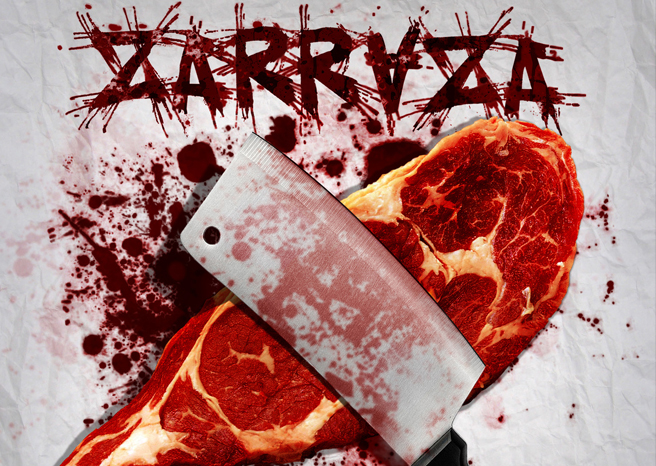 Formed in 2009 from the darkest recesses of Kazakhstan, which incidentally is the world’s largest landlocked country by land area and the ninth largest country in the world – comes ZaRRaZa who apparently play too fast and far too loud, that it even prompted the police to intervene. Live at Shymkent, August, 10, 2013. Raw brutality is their speciality and it goes with a unique talent of incorporating strange musical objects into their musical creations.

Here is our track-by-track review of their new EP ‘Cutting Meat Fast & Loud’.

Zombie Kids: The thick infectious grooves prove they are not to be messed with, as wave after wave of sizzling and impacting riffs cascade down on the ears with biting intensity. Vocally damming the gruff guttural tones embed themselves into the brain with surging consequences.

The Grudge (Instrumental): Sinister, just as its name suggests, bristling with a dark ambiance and a mesmeric groove that eats corrosively into your head with far reaching and impacting slithers it offers a fierce portrayal of evil. Get a slab of this!

If I was Satan: A swamp of menacing grooves and feisty rhythms surround themselves with one sic mutha of a spiteful vocal that would scare the shit out of Satan – no doubt! The riffs soar into an immensely destructive rampage of pure hate. The tempestuous rhythms wrap themselves around you unmercifully and will feed off the flesh – quite literally.

Chaos: The sound of children can be heard at the beginning of the track and then it explodes into a gutsy onslaught of brooding unsympathetic gravelly growls. The music is quite simply ‘chaotic’ and power 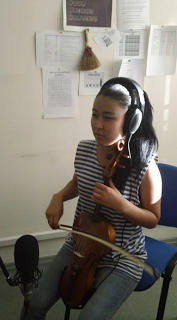 ridden – however quite satisfying.

Breed to Breathe (Napalm Death Cover): Not too far removed from the original version, however this version sees the extra talents of Ardak Balgarash on the Kobyz.

Apparently, this instrument has never ever been used on a metal track before, therefore ZaRRaZa are totally unique in that instance. This track holds plenty of vibrancy with a thick coating of riotous, anger and loathing.

A compelling listen with a tsunami of pervading seething, this is one E.P that I was glad to receive and review. Its disruptive tendencies engage on all levels and is unsettling to the untrained ear, meaning if you do not like your music brutal with a splash of crash and burn, then this is not for you! However, this E.P literally, both implodes and explodes, offering deep ravenous grooves and blistering, abrasive screams enough to wake the dead and kill the living!

A total primal force of acidic rhythms, gutsy lyrics and energetic squalls will provoke a full on nuclear attack once sampling ZaRRaZa’s E.P.  If you are feeling slightly chilly, then listen to this E.P you will soon feel the temperature rise! But it may well cause irresistible body spasms and hair to fly!