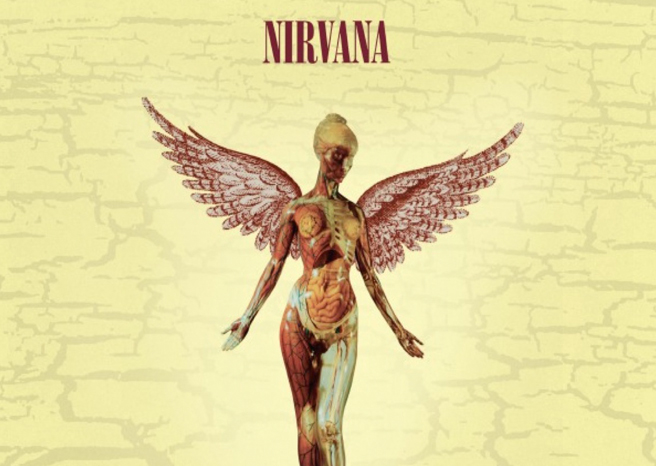 Nirvana’s In Utero album has been perceived in two drastically different ways since it’s original release on September 21st 1993. The first was that it was a kind of preemptive suicide note from Cobain to the rest if the world. This view was only strengthened upon the news of Kurt Cobain’s untimely death in April of 1994. The second perspective, however, is vastly more informative and interesting than its predecessor. As a follow up to Nevermind, In Utero saw the band take a step away from the more radio-friendly sound they had come to be associated with and focus more on the raw, powerful sound that was always at their core. It was, and still is, an album that shows us a band about to undergo the next stage of their evolution. A stage that if it had happened, may well have revealed to us a Nirvana at their most powerful and brilliant artistically. Subsequent releases since the bands demise have showed us glimpses of what we might have been treated to had the band continued with songs such as You Know You’re Right leaving us all with the words ‘if only’ on the end of our tongues.

This year marks the 20th anniversary if the original release of In Utero and the 2013 anniversary re-release package that has been put together to mark this occasion is really quite interesting. It is a package that allows the listener to plot out the course of each song almost from it’s inception to the finished version. The first disc comprises if a remixed version of the original album. This in itself somehow manages to bring yet more life to an already highly active collection of songs whilst the latter disc(s), a remastered version of the original mix accompanied by B-sides, demos from the albums ‘fetal’ stages, rare tracks and outtakes give a clearer view into how In Utero became the monster that it is. In a special 4 disc edition if this release listeners can also get their hands on the bands 1993 MTV Live and Loud set. This, also remastered and polished for the more modern era if listener sounds more powerful and impressive than one might expect. This is certainly not the usual lower quality recordings that have almost come to be expected of Nirvana’s previously released live material. It keeps the aggression and raw power if the originals whilst simultaneously bringing it right into the modern era without sounding forced or over-produced.

As a package this does nothing but serve as testament that In Utero is one of the finest albums to be released within what one might call the modern era of alternative music. It begins to banish the narrow visions and opinions of old and instead open a door to seeing In Utero as it always should have been seen. An album released by a band forcing themselves away from a scene and genre they felt suffocated in and doing it all at the peak if their artistic power.