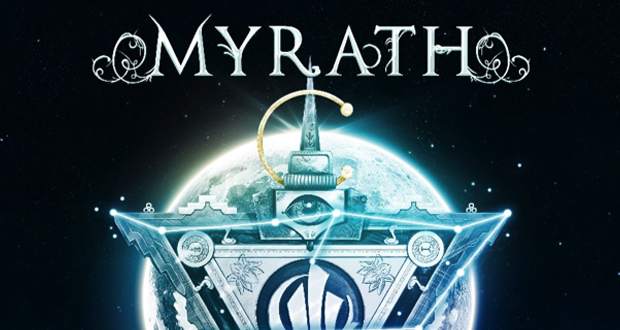 In case you were unaware, there is such a thing as North African hard rock. Myrath (pronounced Meer-rath) are a band from Tunisia, a nation not exactly overflowing with well-known rock bands, and they’ve gone some way towards blending the sounds of their nation with the kerrang of heavy metal and hard rock. Over the time they’ve been playing together, Myrath have slowly but surely begun to establish themselves as one of the more beguiling acts on the international metal scene, giving us their take on epic and beautifully crafted oriental-infused prog metal.

Shehili, meaning ‘warm wind from the south,’ is their follow-up to 2016’s Legacy, which was described as being “one of the more arresting and interesting albums you’re likely to hear this year,” and it’s not inconceivable this album will be viewed in a similar vein as well. There’s a quite amazing mix of styles on this album, with colourful splashes of traditional Tunisian music and Middle-Eastern influences all melding together with prog power metal to produce music with a unique cutting edge. The conjunction of the two styles is certainly different.

The album opens with ‘Asl’, a short clip sounding more like a call to prayer on a Sunday morning, which flows directly into ‘Born To Survive’ when the band moves away from the influences of their home nation and begin to rock out. If you’re interested in lyrics which go for the listeners jugular, Myrath have got you covered. On this track they begin with “I have been deceived, those I believe, vultures and thieves you’re just liars in my eyes.” They address very topical themes as well. The track ‘Dance’ focuses on a Syrian dancer who ignored ISIS death threats and chose to keep dancing. “The sky is raining fire, we dance between the bombs, the curtain falls tonight over the ruins and tombs.” These are the lyrics of a band who believe they have something to say. Vocalist Zaher Zorgati is unapologetic, saying “The purpose of our music is to induce happiness and joy, to pay tribute to those who refuse to fall or stop hoping, even in a world filled with hatred and uncertainty.”

Who knew Tunisia was such a hotbed of heavy metal? Myrath play powerful rock while at the same time, remaining true to their eastern heritage. Someone should tell Joe Strummer it’s not only The Clash who’re rocking the Casbah. I wonder if there’re any more like these at home?