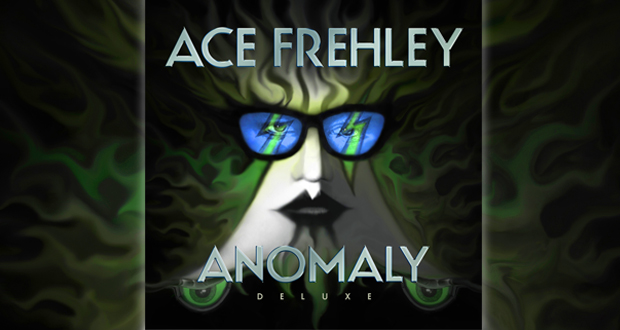 Legendary guitarist Ace Frehley surely needs no introduction. Following his exit from KISS the second time around, he bounced back and unleashed a rather bombastic and hard-hitting album entitled Anomaly, marking a return to form in the sense that Frehley had not recorded any tunes of his own for roughly twenty years when he went into the studio to put this 2009 effort of his together. Backed by talented musicians such as Marti Fredriksen, Brian Tichy, and Anton Fig, it should come as no surprise that Anomaly is a crunchy, tight, and hard-hitting affair. On top of that, it was well-received by both critics and fans, and it seems that Frehley has been on an upwards trajectory, creatively speaking, ever since. The latest album containing material of his own, Space Invader, certainly delivered on all fronts.

Anomaly opens with the booming ‘Foxy & Free‘ and then moves on to one of the highlights of the album, more specifically the memorable and driven ‘Outer Space‘. While ‘Pain in the Neck‘ fails to evoke any sense of excitement, the cover version of Sweet’s immortal ‘Fox on the Run‘ sounds wicked and Frehley simply owns it. It fits his voice and style of playing perfectly. A charming and driven piece for sure. From there on out the quality of the song material wavers a bit, but the overall impression of the album is a positive one. While ‘Foxy & Free‘, ‘Outer Space‘, and the groovy ‘It‘s a Great Life‘ are memorable and strong songs that bear all the trademarks of Frehley’s sound and style, others such as ‘Change the World‘, ‘Fractured Quantum‘, and ‘A Little Below the Angels‘ feel redundant and add nothing to the album whatsoever. In other words, Anomaly is an entertaining album with many cool and catchy aspects to it, but it is neither as solid nor coherent all the way through as it could have been, which is a shame, really. It would have had more of an impact had it not lost its momentum in places. Some songs are imbued with a considerable melodic flair, namely the Led Zeppelin-tinged ‘Ghengis Khan‘ as well as ‘Too Many Faces‘. The underlying sense of melancholy of the latter adds a layer of substance and depth to it. ‘Sister’ has a fiery vibe to it but lacks those huge Frehley riffs that we all love and cherish.

Although this edition of Anomaly contains a remastered version of the album along with three bonus tracks, there is very little of interest here if you already own the original 2009 album. First of all, the slower version of ‘Pain in the Neck‘ is pointless and the one named ‘Return of the Space Bear‘ is downright laughable. ‘Hard for Me‘ is decent, but that is about it. Despite a few mediocre and easily forgotten cuts, Anomaly is a worthwhile album and does contain a fair share of well-written tunes, but this deluxe edition I mostly for the die-hard fans of Frehley or those that missed out on the album the first time around.