Review: Against Me! – Shape Shift With Me 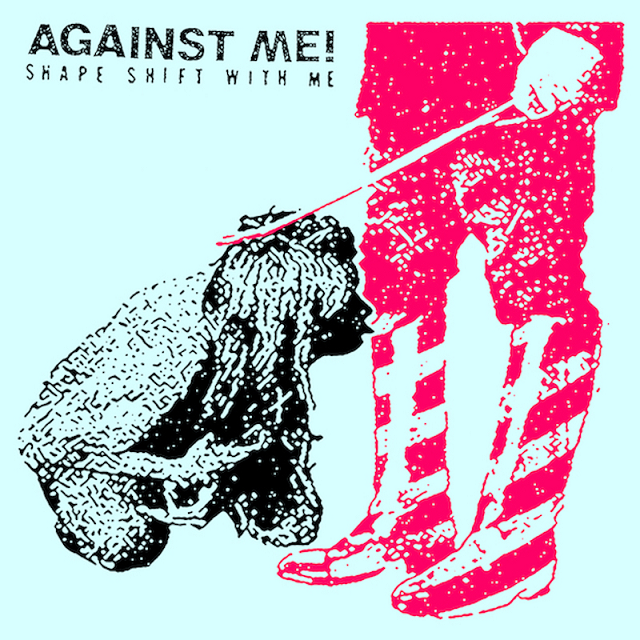 Against Me! are a special band. Their last three albums all have a claim to being stone cold classics (the ones before those aren’t exactly bad), and Laura Jane Grace has established herself as a voice for those who sometimes need it the most. Therefore, the release of a new album is something to be treasured. How can you not get excited when you know a band are that damn good?

But it’s also why it’s hard not to feel disappointed when you listen to Shape Shift With Me. Their latest release doesn’t have the fire that we have to come to expect from such an incredible band.

There are hints of it. On ‘Rebecca’, ‘Boyfriend’ and ‘333’ we get glimpses of that perfect combination. Of Laura Jane Grace’s firebrand lyrics combined with ramshackle punk rock that makes you want to stand on a table and start a revolution. However, too often this fails to sparkle.

And if you are going to look for reasons for that you have to look beyond Grace and at the music backing her up. Tracks like ‘Norse Truth’ still have that anarchist touch, but the track itself meanders along never getting anywhere. While ‘Suicide Bomber’ may be packed full of controversial imagery that makes it point but it is wrapped up in a mid-tempo and occasionally plodding package.

When you put on Transgender Dysphoria Blues, White Crosses or New Wave, you feel like you are putting on an experience. You are hooked to every single word, and they sear their way into your soul. The same cannot be said for Shape Shift With Me. You want it to catch you in its spell, but the whole thing ends up feeling a bit flat. It sounds like a band trying to shoot for the stars and take advantage of the popularity that they have gained and yet in doing so they have lost a little bit of what made them so magical in the first place.

If any other band released Shape Shift With Me it would be a good album. When it’s Against Me! it teeters on average. There is nothing bad here but the music lacks that the special touch that has made them so unmissable for so many years. This doesn’t stop Against Me! being special but for the first time in their career, they’ve released something which is just alright.