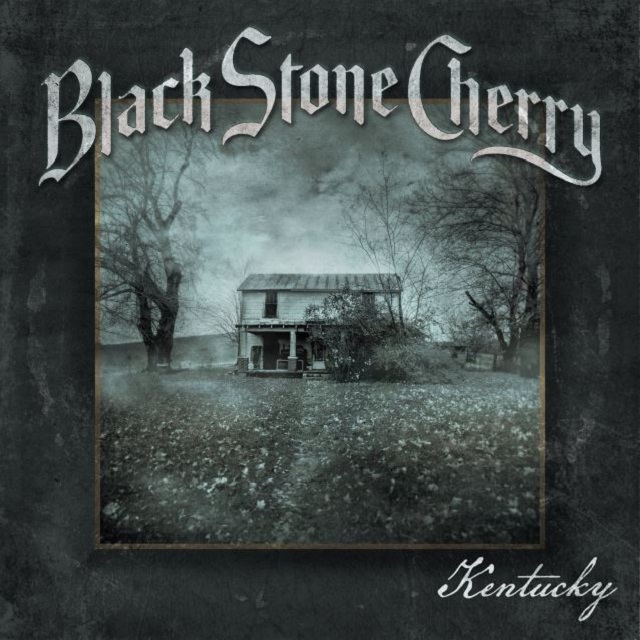 So here we are, with the eagerly anticipated new album Kentucky by Black Stone Cherry. Straight out the gate, this album promises to be heavier than anything previously released by BSC. Starting with just the artwork, it certainly appears to have a heavier feel about it than previous albums. The guys have kept true to their roots by keeping the Southern feeling house with a porch, however it’s dulled out into grey tones, run down and surrounded by bare eerie looking trees and the ground is blanketed with a thin layer of fog. It has a darker feel about it straight away.

Kicking off with the first track ‘The Way of The Future’, BSC go straight in with heavy riffs met with Chris Robertson’s unmistakable vocals. This is certainly harder than what I would have expected for their first track. I’m very impressed, it’s set a heavy tone from the start and is very hard hitting.

Track two is ‘In Our Dreams’ which BSC had released as single from the album a few months back. It’s really catchy and works well. Track three is ‘Shakin’ My Cage’. I will admit I was lulled into thinking that it was going to be a rock ballad to start with. Eleven seconds in however, you’re met with a heavy intro that’s consistent with what we’ve heard so far. Around 33 seconds it dies down for a verse but by 1 minute 2 seconds, it’s back blowing your speakers!

Track four is probably my favourite, being a BSC fan from the start ‘Soul Machine’ has that funky southern rock feel about it and had me bopping along. It’s classic and unique to them and it’s nice to hear that they’ve kept with who they are but just added a bit more oomph to their sound. I won’t be listing all the tracks and breaking them down because frankly, this is a journey you need to go on and discover for yourself. Trust me when I say, you will not be disappointed.

The overall feel for this album is that it’s refreshing, solid and well thought out. It is certainly an album that will get you moving and put you in the mood to get out there and rock. It’s well balanced and it grabs you by the balls from the first song and refuses to let go until the last track has played. You’re never left feeling let down and there’s even a cover of Edwin Starr’s ‘War’, which has been reinvented in the BSC way for a great sing along. What’s even more impressive is that these guys have produced this album by themselves. I would highly recommend giving it a listen and I rate this album the full five stars.

Check out what BSC have to say about making the album here: