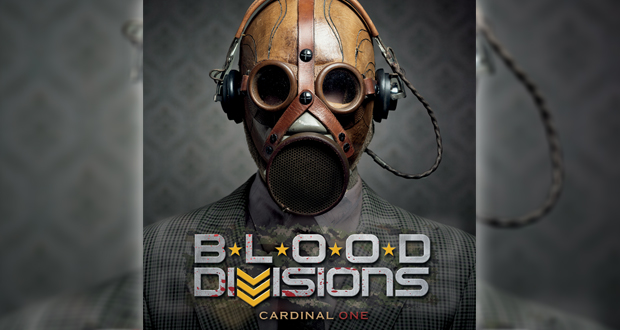 So what would get some legendary rock and metal musicians together? The answer is, that all proceeds from their EP will go to Rock and Rescue, an organisation that helps find homes for dogs. I couldn’t think of a nicer thing for anyone to do. Hardly anyone gives to animal charities these days so it is nice that they are remembered, in such a fitting way with rock behind its values.

‘The Morgue’ has a very sultry start with a dark blend of bleak and not so mild temperament and indeed bows its head to the demonic side. It moves creepily around the speakers and is out to impress as well as rip your heart out. The screech of guitars cry out in anguish to such a complex and intricate track that exudes expectations and fuelled with a hungry appetite.

‘Hot n Ready’ is one of my favourite UFO tracks from the past and played with vigour and cemented with Schenker’s guitar – it always will be a great track to sit and sing along to. It is very easy to imagine Schenker on guitar and Mogg on vocals so the band have done a fantastic job with this track.

‘March of the Machine’ is quite a spaced out track with lots of unusual sounds that are vibrant and indulging, its rambunctious pace quickly moves into action and with fire in its belly shows stirring potential.

‘Top of the Bill’ this track takes me back to the early Scorpions one of my all-time favourite bands that goes way back to the 70’s, so it is with good taste that Blood Divisions have chosen this to feature on their EP.

‘Return to the Garden of Terror’ almost brings tears to your eyes as it plays out. Its chords are slight, seductive and free flowing like the tide. But it doesn’t suit its title at all as it is quite liberating.

‘No Sympathy’ is a dark woven passage that spreads like an epidemic. It growls feistily and will no doubt win over some appeal as it is a real chugger firing on all cylinders with tenacity.

This is a great EP and not just for the fact it is donating money to a great cause but because it really is a great EP. So if you haven’t already bought it I urge you to show some kindness to animals and support for the band!

Blood Divisions Cardinal One is out via MetalBlade on 24th March 2017.

Recorded at Intersonic and other, private studios.

Engineered and Mixed at Intersonic by Ed Aborn.