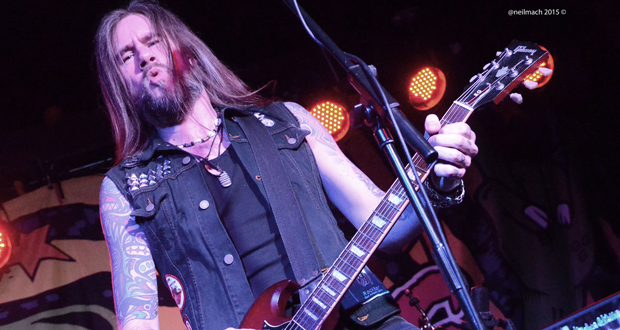 Fortunately for us (though) all the way from the lower end of dirtier Sweden — Malmö in fact — Bonafide has arrived on these shores these last weeks to save us from moderation and to rescue us from the tedium of our daily toil. 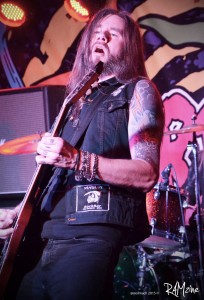 We are grateful for their brand of whizz-packed energy and excitement. All served up in tight rock songs replete with totally inspiring chug-along riffs and exciting solos. Bonafide put on a fantastic show. Oh, and they are actually quite nice guys too. To be fair.

Pontus Snibb ( vocals & guitar) Anders Rosell (guitar) Martin Ekelund (bass) and Niklas Matsson (on drums) played an awesome set at the Slade Rooms Wolverhampton 18 March. They played rock ‘n’ roll that was so dirty — sleazy in fact, that we had to have an all-over body scrub (with vim) afterwards — just to get rid of the build-up of skeet and scuzz.

At the Wolverhampton venue they filled our heads with rock. And, as you would expect, we had plenty of their riff-centric head-banging favourites to choose from. Like ‘No Doubt About It’ and ‘Doing the Pretty’ with the kinda scarf-swinging choruses that we love so much. And those gravel-crunching vocals that always induce crazy groin strain.

There was plenty of flair and compulsively played hard rock taken from the new ‘Denim Devils’ album too. Songs like ‘Get a Grip’ with naggingly tight guitar-work and tight, muscular vocals.

And the excitement was increased in the extreme when the band turned up the temperature to white-hot with their classics like ‘Hard Livin´ Man’ — which is a biker number, so black and mechanical that we could almost smell the leather and taste the sump-oil.

Yes, these boys are wilder than a bunch of coyotes raised by a rattle-snake family. This was fabulously frenzied and fantastically fiercelicious balls-out rock ‘n’ roll.