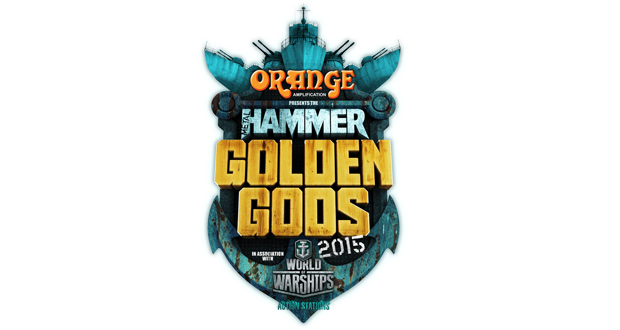 Who are the Gods of Metal? Who are the ear-bitingly gnarly heavyweights that are up for the prestigious title of Metal Hammer Golden Gods 2015!?

This year – in partnership with World of Warships, Orange Amplification presents the Metal Hammer Golden Gods Awards – a celebration of the finest metal talent!

It’s sure to be a big night for metalheads far and wide, iconic music magazine Metal Hammer will present the winners with their awards and put on a kick-ass night of music, details of which will be confirmed nearer to the show on the 15th June.

One of the biggest nights of the year on the metal calendar, we’ll expect an epic night at London’s puntastic venue ‘IndigO2’ inside the mammoth 02 arena in North Greenwich. Awesome.

So, check out what’s lined up and have your say at www.metalhammer.com/gods – you can cast your votes any time up until Wednesday 20th May and better still, just by voting you could win yourself tickets to the show. Money can’t even buy such a thing!

It may seem a while away, but you can get involved, right now. You can back your champions and share your votes for each category as you go along, you can also share your final picks once your votes have been cast. Isn’t social media great? Do be decisive, because once you have voted for a band they have your full backing. Who are your #goldengods?

The shortlisted nominees for the voted categories are:

The shortlisted nominees for the voted categories are: