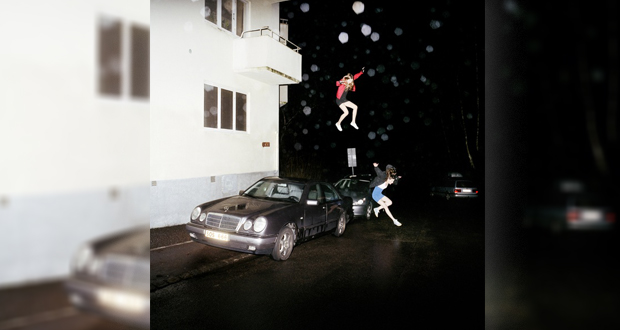 Eight years ago Brand New released Daisy into a world that – compared to now – seemed like a pretty calm place. Since then everything has gone a little bit insane, but Brand New have stayed quiet. There has been the occasional tour, but as for new music? Nothing. That is until now. A year after they announced that 2018 would be their last year as a band, Brand New sprung Science Fiction on an unsuspecting fan base. The question is, can it live up to eight years of hype?

And the answer is that it’s hard to say. Brand New are not a simple band and even after listening to Science Fiction nine or ten times you are just starting to unravel its mysteries. So instead of asking whether this is a classic, you should focus on whether those mysteries are worthy of your time. The answer to that is a resounding yes.

Brand New are a band that are at their best when they are evolving, and if Science Fiction is to be their final form, then it’s a powerful one. ‘Lit Me Up’ opens proceedings with a voice informing us that ‘this tape recounts a dream’ which is fitting as the track itself shifts and flows like one. It’s cold and distant, but the melodies that travel through it are insanely catchy and despite that distance you find yourself being wrapped into its music. Lost within the confines of what Brand New are doing.

Which is a recurring theme on this album. Brand New’s lyrics and their music are like a puzzle that it’s impossible to solve. You occasionally feel like you are getting to the core of tracks like ‘Out of Mana’ but just as you’ve got a grasp of them they slip out of your hands, causing you to go back to the start and listen through again. It’s entirely possible to view this album as a collection of catchy alternative rock songs, and you can whistle along to the likes of ‘Can’t Get It Out’, but to do that is to miss out. It’s an album you have to give yourself too and that’s something special.

Brand New are going to be missed but they leave behind a catalogue of music that is up there with the very best. Throughout their career, they have at times been infuriating, but when they are good, there are only a handful of bands who can touch them and Science Fiction is further proof of that. Put on a pair of headphones, turn off the lights and collapse into its world. It’s the perfect way to say goodbye.