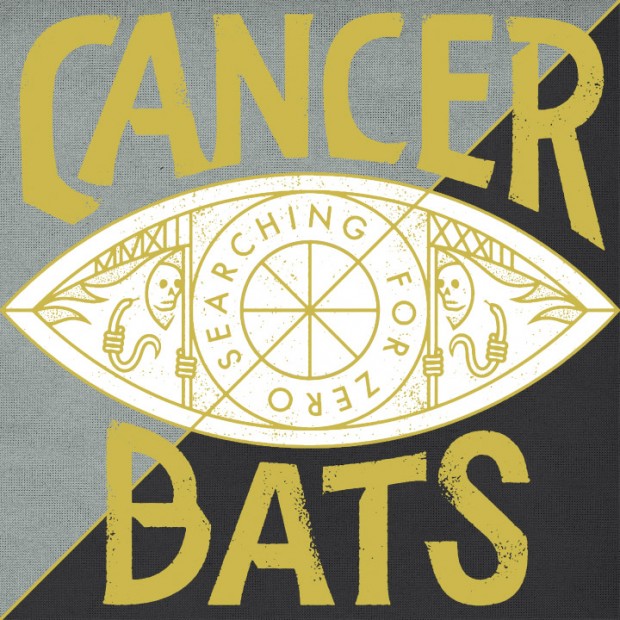 Cancer Bats have had a pretty unrelenting career path. From the blood and thunder of their breakthrough album ‘Hail Destroyer’ to the slowed down, hook filled choruses of the Sabbath worshipping ‘Dead Set on Living’, their star has continually been on the rise. Therefore, it wouldn’t have been a surprise if their latest album, ‘Searching for Zero’, saw them amping up the choruses, searching for even higher spots on the festival bills and even more record sales. Yet (in my opinion), that is not what they have done. Instead, they have gone out of their way to make their most difficult album in years.

Opener, ‘Satellites’, is actually, despite its disjointed start, the closest Bats come to a track that feels like a big single on ‘Searching for Zero’. It has a good sing along chorus and it might lure a few people in before the gut punch of ‘True Zero’ catches them off guard. Liam introduces it with the words “remind myself who I really am”, before he is joined by the kind of chugging riff that just makes you want to break stuff, it quickly becomes clear that this isn’t ballet. This is a big tough track and it’s the first indication of the new, darker Cancer Bats that has emerged on this album. 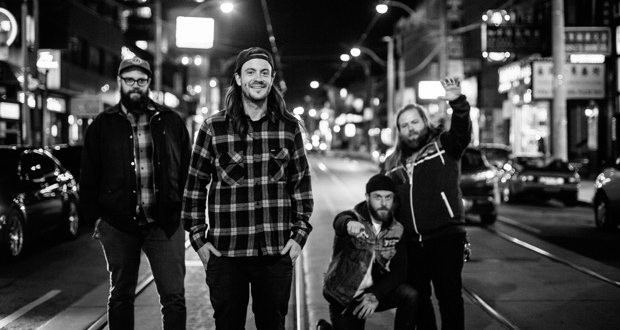 A big part of that new sound comes from Liam Cormier. He sounds like his prep for this album has been munching on bricks and on tracks like ‘Arsenic in the Year of the Snake’ and ‘Devil’s Blood’, he screams like a man possessed. All the build up to this album has suggested that it’s been a dark year in the Bats camp and they have used that darkness to create the kind of pissed off, demented punk rock that it one part awesome and one part unsettling.

This unsettling nature comes to a head on ‘Dusted’, which sees Liam sing about their being “too much death”.  It’s a twisted track as it creeps its way into your head, leaving you with no question as to where the bands mental state was at the time.  Elsewhere, ‘All Hail’ is a minute and twenty eight seconds of pure fury, ripping out with a burst of punk rock aggression, before ‘Duds’ sees them ramping up that Sabbath inspiration, with Scott Middleton’s down tuned and heavy riff seeing us in, before the rest of the song gallops away.

‘Searching For Zero’ feels like an album that will split people. If Cancer Bats last two releases are your favourites and you were looking for more of the same, then you will come away disappointed. This is a raw and angry release, with a production job from Ross Robinson which sees him stripping it all back, to the extent that it almost feels live at points. It’s Cancer Bats rediscovering their punk rock roots and for those of you who like things dark, heavy and pissed off, it might be exactly what you are looking for.