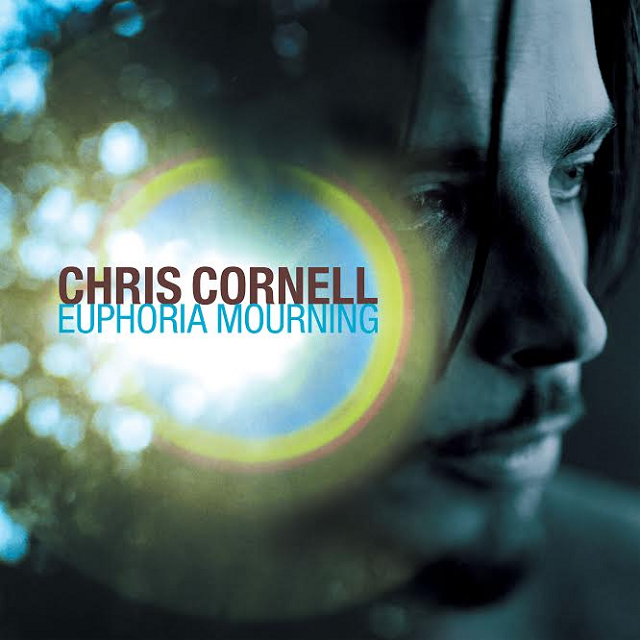 It’s 1999. Soundgarden have broken up and are nearly a decade away from a reunion. Audioslave are a few years off and Chris Cornell needs to fill his day with something. What he creates his debut solo album, at the time named Euphoria Morning.

Fast toward to 2015, and Cornell has re-released his debut outing. There are no new tracks or any re-recorded parts, the only change is the album title. Its new title is Euphoria Mourning.

Going into this, questions were going to be raised about if he was going to stick with the same formula that made Soundgarden successful or would he create a whole new sound altogether? The answer? We hear Cornell swapping to a more sensitive, desperate, acoustic sound with the vocals being mellow and the acoustic guitars flowing through each song beautifully.   What the album does so well its ability to cover many different moods with several different music genres, while still keeping the overall rock feel. For example he experiments with R&B to Folk to Funk and each song is pulled off brilliantly.

Now despite the title of Preaching The End Of The World, it’s actually one of the happiest songs on the album about trying to find someone to share the apocalypse with. It features acoustic guitar for the most part and electric guitar, handled by the brilliant Alain Johannes. The electric guitar manages to give it a very impressive “spacey” and quirky feel.

With ‘Wave Goodbye’, a song written about the passing of his friend Jeff Buckley, is a very funky sounding song. Cornell does not use cliché’s to hide his pain in these lyrics, the message of “I miss you” is direct. The melody of the guitar creates a feeling of being lost and depressed, which ultimately is what he is trying to convey.

For the fans expecting the “Chris Cornell screaming his guts out” sound we are used to might be a bit disappointed with the lack of it on Euphoria Morning. But this isn’t a Soundgarden album. We do get a few hints of such a sound on songs like ‘Steel Rain’, but they are few and far between. This is not bad thing though as too many screams wouldn’t fit in with the overall tone of the album.

Around the recording of this album, Chris Cornell was battling his own daemons within himself. He battled drug addiction as well as depression and entered rehab. ‘Pillows Of Your Bones’ and ‘Sweet Euphoria’ are both very dark musically and feature some of the best vocals from Cornell on the album. Lyrically they seem to be the most cryptic and lonely and could’ve been written about his time in rehab.

Praise must be given to the supporting band on this record as the guitar work on tracks such as ‘Flutter’ and ‘Moonchild’ is fantastic. Equally good is the drum work, handled by Josh Freese. The outro to ‘Follow My Way’ is excellent.

The highlight for me on this record is track 5, ‘When Im Down’. It showcases everything good that Cornell produces on this album, from the lyrics to music to the opening piano piece. It’s one of those songs that you can listen to, if you are sad, happy or just in between and you will feel something by the end of it.

With all the positives, I feel there is only one minor negative and it comes with track six, Mission. Although it sounds different, which is no bad thing, the lyrics, about Vengeance seem a bit out of place and do not fit.