Review: Giant of The Mountain – The Empty Quarter 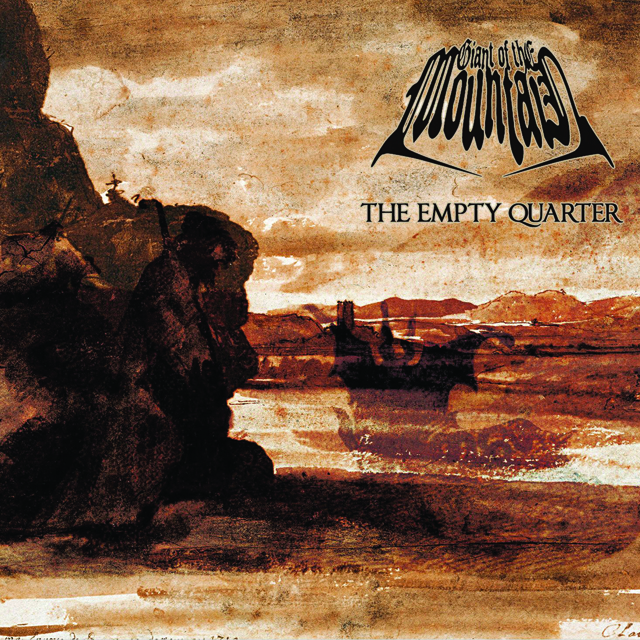 Drawing the moon down through the mountains and into the valley, the Giant of the Mountain rears his head to breathe his dreadful anguish unto humanity!

Like most things they make a comeback and arguably some never really left but stayed tucked away in the background, this is what I feel about prog music. I don’t feel it is over popular but yet it appears alongside blackened death metal in quite a few instances.

Prog always reminds me of the ‘jazz’ element in metal, it can be extremely rewarding if you are in the mood, and at the same time it can go the opposite way, however, where Giant of The Mountain are concerned they have turned prog on its head, adding in the death metal element and a tasty vocal that captures a wicked factor!

The beats and rhythms are forthright although following at times. A doom laden aspect doesn’t sound as much of a dirge as it could do without that because of the ‘death’ principle. It is a very hard genre to work with although can guarantee a lot of positive results.

‘Crawl’ is very involved and in-depth. Its tendrils spread over a wide range and ultimately shapes the track. For me it is always about the low toned growls or high pitched screams which fan the flames of a track and really get ‘under my skin’ capturing that aggression that metal is famous for.

‘A Dream So Deep’ is as its title suggests is rather hazy start that quickly manifests into a brazen and brooding passage of vehemence and purpose, again saved by adding in the important ingredient.

‘Instinct’ is a lot slower in pace and the vocals match it by going one octave lower so it resonates at a very low frequency and has that judder effect in your stomach. A bit later the track suddenly explodes and bursts into a plethora of rhythmic rampage – where everything happens at once so is just as confusing as jazz!

‘Into Dust’ has a very strong beginning that incorporates a swagger of tasty rhythmical challenges and runs with it! The guitar and bass play a big part here guiding the track to its goal, but sadly it fades before any real climax is achieved.

It is a rather indulgent EP with the first track being a whopping nine minutes eleven seconds and the last being one minute fifty seven, so not the usual prog that has each track lasting around ten minutes which can get a little strained but overall a good effort!

Giant of the Mountain The Empty Quarter is to be released 27th May 2016 via Burning Dogma Records.