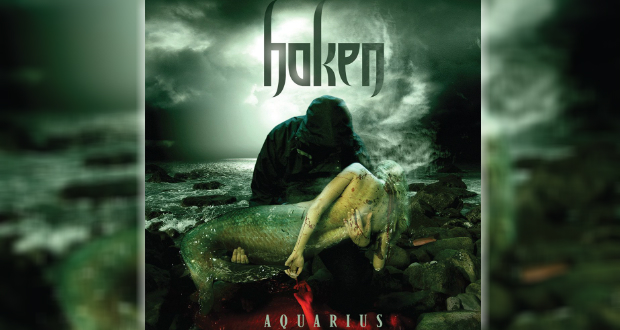 Aquarius, Haken’s full debut album was released upon the world some seven years ago and now, has been released once again.

You may ask yourself why a band would be so concerned about re-releasing an album after such a period of time and it’s a valid question. However, Haken are not your regular band who make an album and say “Yep, that’s done, let’s move on”. Instead what they have decided is to ask Jens Bogren to re-master this and the band’s second album, Visions, to bring both releases up to the current standard of their most recent albums such as Affinity on which Mr Bogren also worked.

Bringing previous works up to the same quality and standard is usually something unheard of. This shows a level of not just desired consistency but a true passion.

Aquarius is a seventy-two-minute album, despite only holding seven songs. Each song is over six minutes long, the greatest being the closing track, ‘Celestial Elixir’, which is a phenomenal seventeen minutes long. And yes, in case you were wondering, ‘Celestial Elixir’ is a part of Haken’s current set list. I am unaware of many if any bands that are prepared to play a song that long live. It really is a very bold move and one that presumably pays off; otherwise, it would have long been removed. This debut album really cements the ‘progressive’ side of progressive metal. Each song is intricately diverse from synthesised violins to powerful old-school guitar solos in ‘Aquarium’ to the far heavier riffs in ‘Drowning In The Flood’.
Frontman Ross Jennings has a vocal range that suits all these changes from the melodic soulful singing straight through to the more ruff n’ gruff stuff and are beautifully accompanied by Richard Henshall and Charles Griffiths riffs and solos. Richard also doubles up on the keyboard in support with lead pianist Diego Tejeida to create, at times, a more atmospheric feel to the songs, which is bolstered by the multiplicity of drummer Raymond Herne’s playing and Thomas MacLean’s bass playing.

This album, Aquarius is an emotive journey from beginning to end and this re-mastered version was a worthwhile effort by all involved. Often transitioning between cinematic sounds to the heavier, more metal tinges peripherals of music making for a very well balanced and diverse set of songwriting and ultimately, an album. Available in digital download, double cd and heavyweight vinyl.