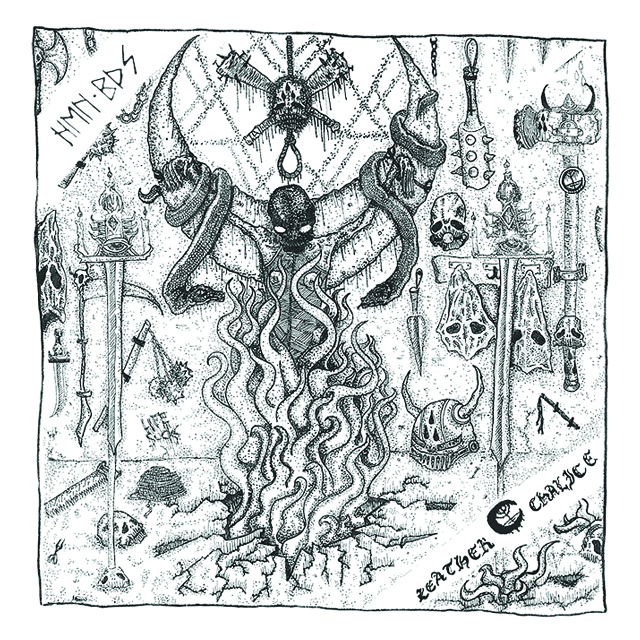 Harsh, aggressive, in your face, and that’s only the cover of this split EP of Human Bodies and Leather Chalice thanks to Broken Limbs Recordings. What lays there in must be a truly terrifying monster, and it certainly is.

This EP may consist of only two songs per band, and last barely 10 minutes, but make no mistake, it will chew you up and spit you out leaving its mark on you for far longer! Straight from the off, Human Bodies kick off the mood with a blackened punk-esque feel, there’s no messing about when it comes to getting into this opening track ‘Only the Sigh’. It’s speed and aggression really throw you into a dark room full of like minded people, not giving a damn about anything. The almost buzz-saw tone of the guitar and great riff work really pull you along, while the bass and drums lay the foundation of the groove, polished off nicely with the ever present harsh blackened vocals.
Following straight on into ‘Malice Prepense’ This has a little less of the punk feel, but more of a solid straight up head banger attitude, this instantly reminds me of one of my favourite bands, and the last offering from ‘The Rotted – Ad Nauseam’ before they split. I really look forward to what the future has to offer from this trio, and if these two tracks are anything to go by, they will be more than able to throw my expectations out under the car and crush them like they deserve to be!

Just as you think you can come up for air and have a break, it’s the turn of Leather Chalice to take the reigns and drive you to an even deeper. ‘Good intentions’ this track does not have, it takes such an offensive mix of distorted bass and guitar effects, and then attacks each killer riff like there’s no tomorrow. The vocals really sound truly blackened as though recorded through an old tape player, and the drums feel like hammers smashing on teeth, except it all really is good! 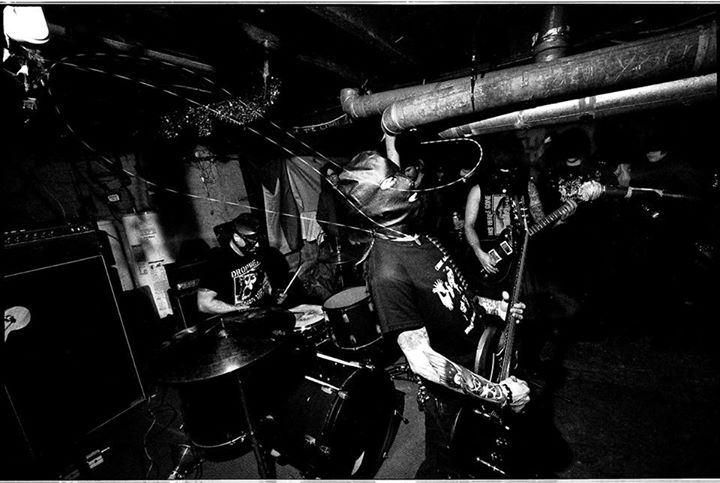 ‘Last Gifts of Worship’ closes the EP. very much in the same way it started, this is another track that exhibits much of the talent that Leather Chalice shows in their first track, so much so that when looking up the band I was surprised to see it to be a one man band! There are only a few one man bands I am aware of, and this one just like those, proves you can do it alone.

As quick as it begins, its over. Split EP’s have started to become a real good thing, quick to listen to, more than one band, and all full of great talent and art. I myself have become a few of the 7” vinyl variety which seems only get made in very limited quantities. This is another I will most definitely be added to my wall as soon as I am paid, I suggest you do the same!