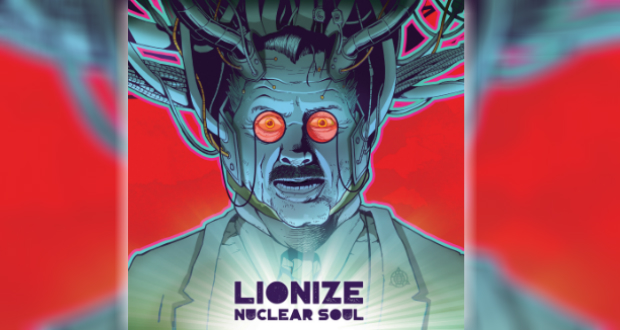 Fresh off the back of a UK tour, which included playing two prestigious outdoor dates at Ramblin’ Man and Bloodstock, their first festival dates in this country, comes the latest album from Maryland’s Lionize. Their follow-up to 2014’s Jetpack Soundtrack, which was the band’s best received album up to date.

Lionize are a four-piece ensemble who’ve been around for a decade and whose music encompasses many different strands. If categorising bands is your thing, you’ll struggle here because, on this new album, they’re rock, soul, blues and sometimes funk influences mingling together to create a bigger whole. Their music is grounded in hard rock and, occasionally, they lapse almost into heavy metal. However, they’re too rocky to be a blues band, and the groove they occasionally move along to is too smooth for rock. Once in a while they’ll incorporate elements of funk and even reggae into their music, and it makes their music all the more interesting for that. Guitar man and vocalist Nathan Bergman claims the music of Lionize is a “feel,” and they “play loud, sing loud and try to make the music soulful”.

Listening to this album, there’s plenty of evidence of the band’s wide take on musical influences, and the subjects they sing about range from the end of time to heartbreak inside the music industry. ‘Power Grid’, which the band played when opening their set at Ramblin’ Man, (I was there and enjoyed their set), sounds like REM if they’d had a rock sensitivity, whereas ‘Election Year’ comes on right from the intro almost like Vanilla Fudge, and the band extols us “Don’t trust the Government,” propitious given the current occupant of the Oval Office. Standout tracks include ‘March of the Clones’ and ‘Blindness to Danger’, which comes across like a 1970’s Deep Purple full-on rock workout. But they also have their quieter moments as well, with ‘Aint It A Shame’ – a delightful soulful number.

It’s also lovely to hear a Hammond organ being played again, laying down a foundation for the guitar and drums to rock-out. Jon Lord will be smiling down and pleased his legacy is still being felt.

Already well in the process of building their name over here, Lionize have done themselves no harm whatever with an album of this quality.