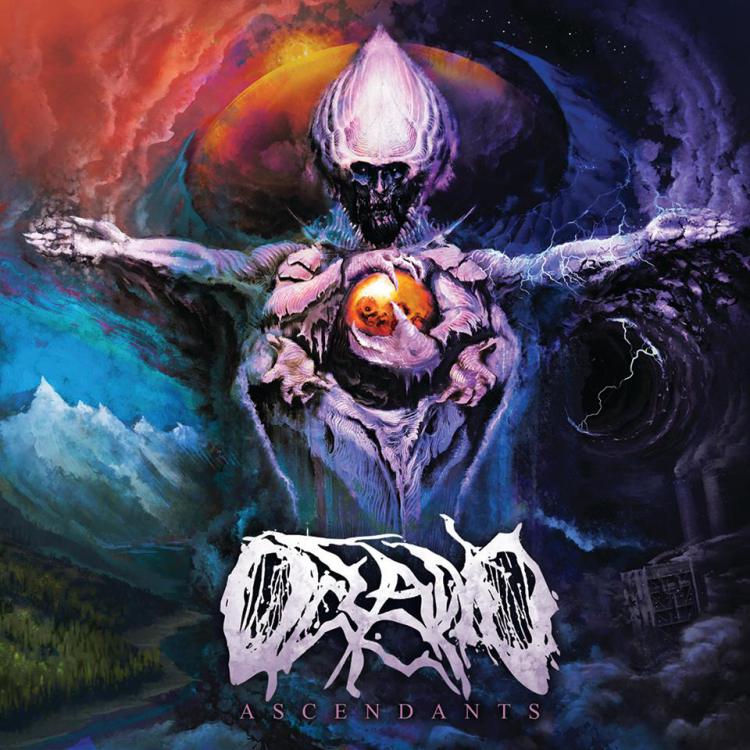 A melodic wave of delayed chords washes over me and slowly becomes some kind of ominous premonitory to destruction. Then it hits me, swathed in fast death metal and death-core inspired hatred, my heart crumples and I prepare myself for track 2.

No warning, fast chugging riffs accompanied by vicious blast beats, like the sound of a thousand breaking necks. Then in signature Oceano style a brutal barrage of inhuman vocals. ‘Transient Gateways‘, track 2 on this infallible album, is in full swing and not to mention the album. The HEAVIEST beginning I have EVER witnessed. Just incredible. Straight away I have to say that the production on this album is just incredible, absolutely on point! But I’ll come back to that. Where to begin?

The conceiving of the album. So just because he’s a nice guy Adam actually uploaded a video to youtube explaining the concept behind the album! Its pretty sweet! You can check that out here :

It is interesting to see the Oceano sound change with the addition of guitarists Kasper and Smith, who have revitalised the sound – with a technical and (don’t crucify me) djenty edge to it – but kept that Oceano deathcore, doom, sludge, fast driving beef sound.

The vocals. Jesus christ Adam. Vocal chords in Drop A much? They take Adam Warren’s sound to a whole new level and cannot be slammed in any way. For those who listened to ‘Dead Planet’ when it was released as a single you will have heard that Adam seriously stepped it up a gear. For those of you that haven’t, shame on you, and listen to it here:

The drums, I wouldn’t say that they are much more technical or have a changed style compared to previous albums, but the aggression in them is unreal. The speed is perfect and keeps the verses and intros mostly fast paced. The breakdowns are crushingly heavy with that monstrous bass drum. They keep the energy up the whole way through the album.

The bass is spot on throughout but in my opinion its just not really there in the mix, its blurred out by the guitars. A minor flaw but otherwise perfect. Now, onto the guitars. Kasper and Smith, new to Oceano and bringing some interesting ideas and styles. A good mixture of fast paced brutality that works hand in hand with some seriously slow chuggy as fuck breakdowns. But also a nice kind of tech/djent edge to it. Something similar to that of Sever The King in my own opinion.

The riffs are monstrously heavy, chuggy and droning which is fantastic and works perfectly with the overall sound of the album. However, it doesn’t feel like an album i could listen to on repeat for a month. Maybe thats just me, but dont get me wrong, as a whole this album is flawless.

The album was released March 23rd via Earache Records and within 24 hours established itself at the top of the iTunes metal charts!