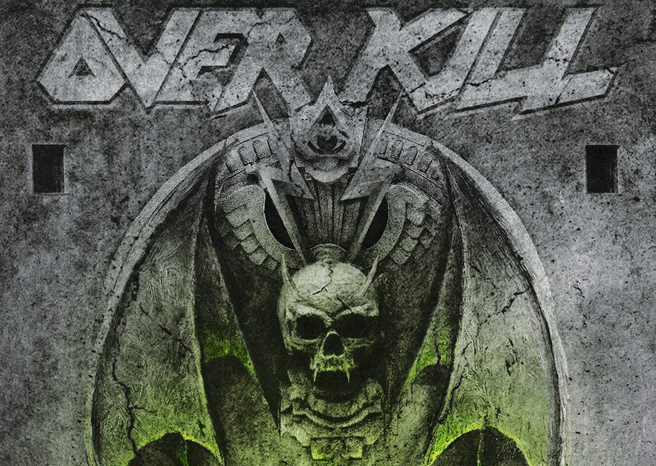 Finally we have our hands on one of the most highly anticipated Thrash albums of this year, Overkill‘s ‘White Devil Armory’. We spoke to Bobby ‘Blitz’ Ellsworth about this up-coming release at Hammerfest back in March, and we have been waiting for it ever since. At the time we asked ‘Blitz’ if Overkill would be keeping that consistent Thrash sound, that they have kept for over 30 years. He replied “with regards to sound, that changes with regard to technology, we use what we had prior and then build off of that sound. We are using a guy called Greg Reely (Fear Factory, Machine Head, Coldplay) he is sonically right for us, we are using a little bit different gear on this, some updated stuff that Dave has on guitar – that has changed our sound, but not dramatically.”

‘Blitz’ goes on to say “We are not breaking new ground with this album, we are preaching to the converted, we are apart of that community, we are the converted! So the idea [of White Devil Armory] is that we know what we want, and that is a Thrash record, and that’s an Overkill record.”

‘White Devil Armory’ marks the bands 17th studio album, and as ‘Blitz’ says, Overkill still stay true to their Thrash routes, with only minor technology changes. Even if they didn’t know what routes they were setting back in ’87! ‘Blitz’ told RAMzine “When we were kids there were no rules to this, we didn’t understand it, so when we were labelled as a Thrash band we didn’t want to be pigeonholed. We though of ourselves as a Metal band. As time has evolved we are obviously a Thrash band, we hold those qualities and characteristics as such. To a large degree its an honour, because Thrash bands and fans keeps a certain value and principle within the music, and thats why its lasted for 3 decades.”

‘White Devil Armoy’ starts as it means to go on with a very dramatic evil sounding intro titled ‘XDM’. Then into first track ‘Amorist’ the first single to be release off the album. ‘Down to the Bone’ has a brilliantly catchy chorus, although this plays a theme throughout the whole album. ‘PIG’ has to be our favorite track of the album, every piece of this song fits together as the perfect Thrash song – It’s got great lyrics! Another track that needs highlighting is ‘King of the Rat Bastards’ – just go and listen to it now! Overkill know how to put together a well-rounded Thrash album, it’s 80’s Thrash at it’s best, and it’s mighty thunderous!

I love that in 2014 we are still hearing music like this. Music that embodies late 80’s and early 90’s Thrash. It’s these types of bands that I fear will die out, and I always feel if you are not from the 80’s its very hard for you to embody the music that came from then. That goes for all Classic Metal, Thrash, and Classic Rock.

‘White Devil Armory’ produces thundering bass rhythms, broiling riffs, mixed with Blitz’s authentic shriek! Overkill are a band that stick to their roots, and see themselves as part of the Thrash community. They are a real genuine band, it’s not often that a band can play just as well live, as on CD, but they proved at Hammerfest that they know there stuff! And why wouldn’t they after 30 years!? They are masters of their genre, and absolute survivors. ‘Blitz’ is in his 50’s, and has survived cancer and had a stroke on stage! After all that they are still playing just as energetically as they ever did.

‘White Devil Armory‘ was Recorded in NJ at Gear Recording and produced by the band, then mixed by Greg Reely (Fear Factory, Devin Townsend). 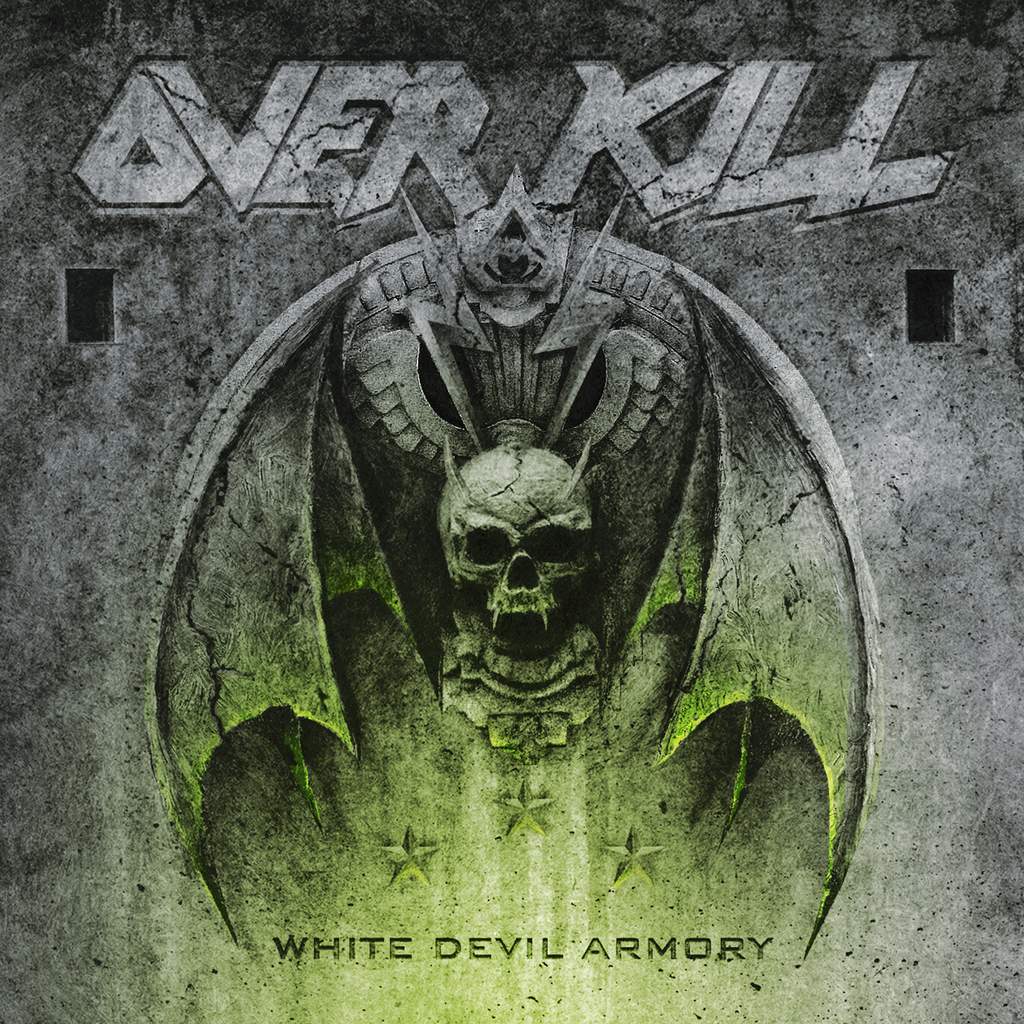