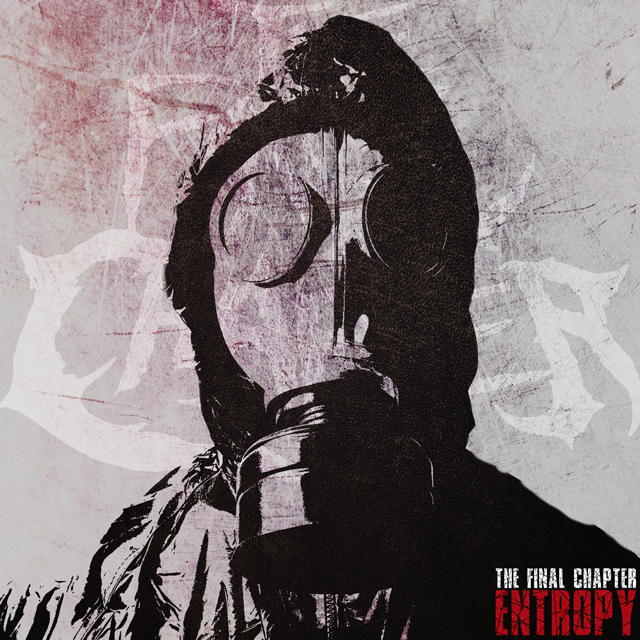 The Final Chapter ‘Entropy’ was released 10th April 2015. Here is out track-by-track review:

A superb opening track that simply possesses an eerie atmosphere, capturing the attention significantly, with its spine-chilling keyboards dancing to the tune of anticipation at what is about to be unleashed.

This track hosts a clean vocal as well as an all out spewing debauched vocal but the two work in harmony together! The rhythms make it impossible to stay still – it is like the body must obey the dominance that is forthcoming.

This track literally pushes the boundaries with superb screamo vocals that have me turning the volume up further to savour the flavour! So to speak! The violence and vitriolic energy are seething, raw and yet melodic in tone – One monumental track!

This track possesses a sampled voice at the start and then brutalises the ear drums beautifully! The electronic programming is prevalent and a necessary addition to the track. Irresistibly moving with sure fire provocation! The rhythms bite deep and antagonise superbly!

I love my metal served in this fashion – it has to be said so here’s hoping this is NOT The Final Chapter and that there will be a few more volumes to come!”

Is a rather unusual track in the fact the beginning is urgent and striking with its deep resonating clanking and shrill cymbals, but just as it is about to let rip it stops – come on guys stop teasing!!!!

Here lies a deep bass hook that is so deep it is likely to be swallowed whole by itself! Again clean verses screamo vocals and although I lean heavily on the latter, in The Final Chapter’s case the clean is necessary to outline and compliment with heartfelt endeavour.

In conclusions and to be perfectly honest here, for me personally – six tracks just aren’t enough to satisfy the hunger! The taunting and teasing these guys do through-out this album makes me border on the edge of insanity. I know metal-core isn’t to everyone’s taste but there is no doubt it is to the extreme end of the scale and really racks up points for being brutal. I love my metal served in this fashion – it has to be said so here’s hoping this is NOT The Final Chapter and that there will be a few more volumes to come.