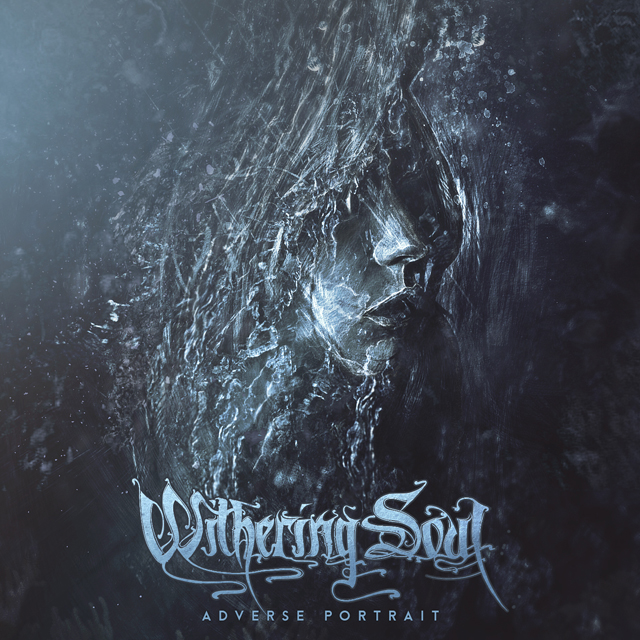 A manifestation, in the form of menacing guitars, haunting sound scapes and spectral chants, echoing themes of psychological horror and the supernatural. Withering Soul was founded by brothers Mykil (Vocals) and Krystofer (Guitars /Synths), in what originally started as a side project, and eventually developed into a full band. The group rehearsed with drummer Matt “Xaphar” Block to complete their debut release, ‘Apparitions of the Surreal’ (2004). The band are currently preparing for the worldwide release of its latest album ‘Adverse Portrait‘ due June 9th, 2015. The ultimate goal of Withering Soul is to continue in its evolution of climactic song structures, memorable melodies, and leave behind a legacy of ghastly musical art!

The tension mounts in this gradual track within a shrouded haze of epic! Hinting and then surpassing the sheer depth of eerie enterprise and ghostly endeavours. It is a good start for what sounds like it is going to be a monumental roller coaster and leaves the listener perplexed at its short debut!

Down to the nitty gritty! This track slices into the ears like a Butcher’s knife. The devilish kick beats work their tumultuous magic while the guttural striding embarks on a serious mission of malevolence.

The pace quickens significantly here and tempts with a sonic expanse of sheer chaos that is etched into its gallant tempo’s. It more than just flirts with annihilation as a dark bold vocal that is so low goes off radar! The skin and bones delivery is nothing other than ‘sic’ and weaves an unearthly magic into its gigantic structure.

Rather damming and cruel this exacts vengeance and malice with deadly beats and harsh growling secretions that even Satan would be proud of! This track brings into play a clean vocal that is somewhat surprising and slightly brings it ‘off the boil’ but clearly dominated by a rampant melodic texture.

The Hour of Obstinacy

The ghostly strings give an eerie but uplifting presence, that is, until the fiery and ferocious build up begins and then it is an all-out brawl of callousness. It whips up the emotions and spits them out with an evil coaxing. The guitar riffs entwine perfectly around a salacious bludgeoning beat, and a solid bass hook that goes straight for the jugular!

There is nothing withering about this band what so ever, they are steadfast and forthright and capture with a contagious melodic soul – that simply cannot be ignored!”

This track will have the listener perplexed and salivating at the same time! It swaggers with an almost aloof endeavour that gets its energy from the roaring vocal edge and infectious riffs that leave their mark with bruising effect as the keys manifest their creativity with prowess.

More damming beats usher forth and smother the senses in all-out annihilation, summoned by raucous riffs that scathe in a rather blood thirsty passion and antagonized by the mesmerising harsh guttural vocals.

Concluding the album is a very beautiful and atmospheric track that clearly shows a good solid leaning, confronting its demons and bares its teeth once and for all. However, not without its dark melodic core igniting with more power than the national grid!

In conclusion this is a truly superb album in every sense of the word! It grips, engages and thoroughly delivers. The harshness of the low toned growls are filled with edgy and mesmeric power, together with a battering of beats and rapturous rhythms it simply reaches, surpasses and ticks all the boxes for an all round listen. There is plenty to feast upon while being moved by its gigantic structures that leave one feeling rather humble. There is nothing withering about this band what so ever, they are steadfast and forthright and capture with a contagious melodic soul that simply cannot be ignored. Withering Soul ‘Adverse Portrait’ will be released 9th June 2015 via Mortal Music.