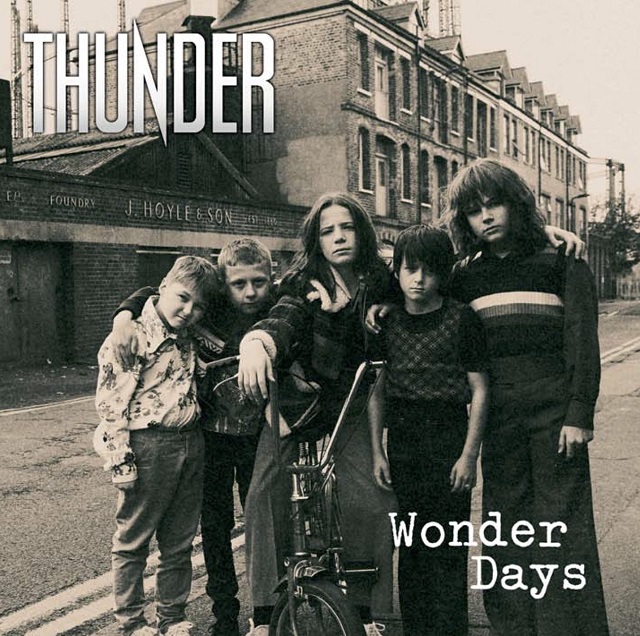 Like a musical Ric Flair, Thunder have called it a day more than once in their career.   Despite this tendency to flip flop between being an active band or not, it still feels slightly strange to have a new Thunder album in 2015. Having released their first in 1990, Wonder Days is their first release since 2008’s Bang! Throw in the fact that main men Luke Morley and Danny Bowes have a combined age of well over one hundred and you have to wonder whether Thunder can still bring the power.

It’s a worry that doesn’t last long, as Thunder quickly prove age is no barrier to playing good rock and roll. In fact, as the tile track comes roaring in it gives you everything you could want and more. It is classic rock the way your mama used to make it and is chock full of some alarmingly catchy riffs from Morley. Tinged with nostalgia, Bowes sings that ‘I’m not one for looking back, but when I do I have to smile’.

And Thunder certainly don’t feel like a band stuck in the past. ‘The Thing I Want’ is pop rock at its finest, a big chorus and Bowes vocals showing that he hasn’t missed a step. ‘Black Water’ then swings along with a bluesy groove, which you can’t help but tap your foot to. This Thunder line up have been together, minus the occasional break, since 1996 and you can feel how tight they are on this album.