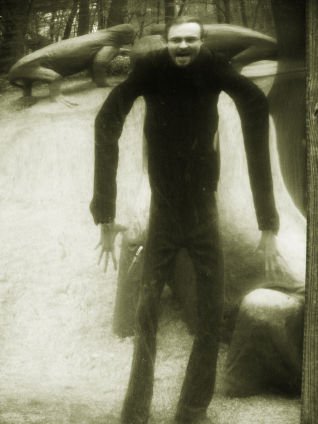 Ever wondered just what you walked into? Ever questioned what your eyes see and your ears hear? Well you will when you cast your eyes and ears over this 3 track album from Todesstoss.

On closer inspection the three tracks make up an album by their 74.54 running time. The title ‘Hirngemeer’ as roughly as I can translate it means ‘Brainstorm’ and of course it is of the black metal genre, which means anything is possible.

The first track ‘Verwehung’ or (Drift) is a conglomerate of highly disturbing incomprehensible rants and copious amounts of knocking! The hideous screeches are tainted with sheer madness with the odd sprinkling of harmonica for added shock content! It 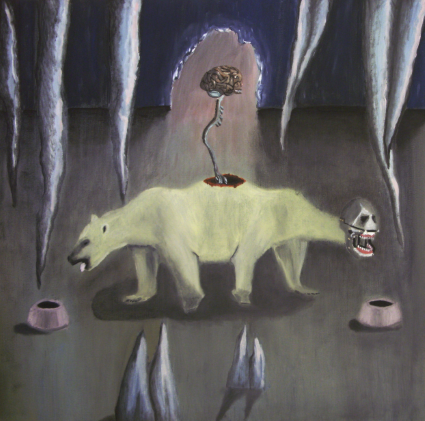 definitely conjures up a dark side that implements its own torture device! The thing with this track alone is that it brews up anticipation that makes one very curious as to what lurks inside the minds of the creators – and apparently it is supposed to mirror distorted images of the self. I suppose it depends on where you are at with yourself – for me it summons up the demons inside me and therefore is very apt at portraying itself in musical form. The German voice from Flesh of L adds a mystical wave of hellish incomprehensible translation into the mix.

‘Narbenkaefig’ or (Scar Cage) is the second track on the album and the longest one at 34.07. Its ambient insanity saunters slow and deliberately through an electronic storm closely followed by more demented ramblings that conjures up images from an evil dead film. At least here you can hear some musical content and some odd melodies be them quite disjointed – it is black metal after all, but not the usual black metal kind – this is quite something else entirely! 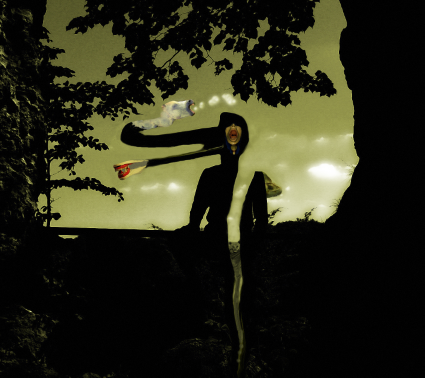 ‘Strom der Augenblick’ (In the blink of an eye) is the shortest track on the album and almost immediately its effects are apparent with the shrieking’s of a lone bird echoing around your head, while the scene goes on to paint some hallucinations of tragedy as pulsing waves of ambience strike rather uncomfortably and push the boundaries of insanity.

The deranged bleating’s continue with unsettling consequence spewing forth a deep resonating vibe that leaks the maniacal, bizarre and totally psychotic consciousness like a knife from a stab wound! Making you wonder how long you can listen to such dark ‘decompositions’ without going totally out of your mind?