Having made ripples in the underground with their debut album Sky Swallower, Vattnet Viskar have criminally not had the attention they warrant. Along with other bands of the American Black Metal Wave, they have been showing the strong hold of Europe that they don’t have it all too themselves. However with the release of Settler the competition have well and truly been left behind and will be playing catch for years to come.

Settler kicks off in a rather straight forward direction. ‘Dawnlands’ blasts off with the traditional blast beats that black metal is well know for. However rather oddly for the genre of music, it is very uplifting and steeped in post rock vibes. This may unsettle many listeners, contrasting the vocals and production more in line with black metal familiarities. Best way to sum it up is a condensed happy version of Wolves In The Throne Room. It’s a great way to ease (believe it or not) the listener into the mind field coming. 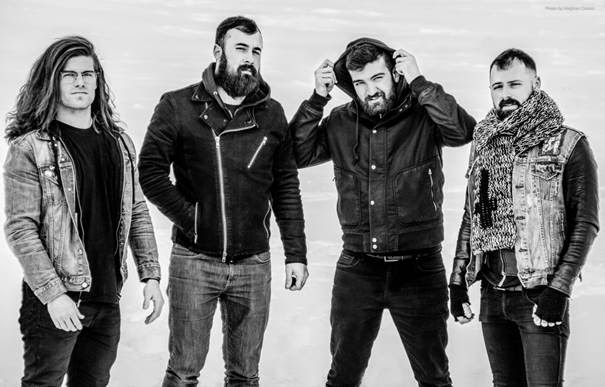 ‘Colony’ though is where we really start to go further down the rabbit hole. From the get go it is clear that there is no fear of mixing it up, a huge math rock style riff melds into a relentless musically onslaught while still obtaining the original melody. Then though a colossal riff that would not be out of place on a Mastodon album crashes the party, before then shifting once again to where we started. It really thrilling stuff!!

It could be so easy to write a detailed description of every song, there is so much too shout and rave about. For many listeners it may seem overwhelming if it was not for the way Settler is constructed. The pace drops or lifts at just the right moment. Traditional pounding and tremolo picking of black metal will give way to more straight forward groove based metal with effortless ease. I say straight forward but it isn’t really, Vattnet Viskar always put a slight twist on all they touch.

The slower burner ‘Yearn’ sits right next to the conflicting more in your face noise tunnel of ‘Impact’. Again each of the songs steeped in the multi layered sounds capes of post rock, however fused in very different ways for equally awesome effect. The mid tempo stomp of ‘Glory’ halfway through comes on like a musical nightmare before caving into one of best Sepultura Roots era riffs you’ve never heard. ‘Heirs’ and ‘Coldwar’ are more in line with the sound of their debut album. Towering post rock inspired black metal that sweep you up in their euphoric passages, with the harder hitting ‘Settler’ sandwiched in-between.

There is nothing quite like being thrown a musical curveball. It is a real pleasure for the mind being kept on your toes, expecting the music to head one way before violently being thrown in another. Vattnet Viskar have created an oddball of an album. One that after repeat listens will keep you on your toes, challenging your expectations. Open your mind and you will not be disappointed.

For Fans Of: Krallice, Wolves In The Throne Room, Nachtmystium. Released through Century Media 16th of June.