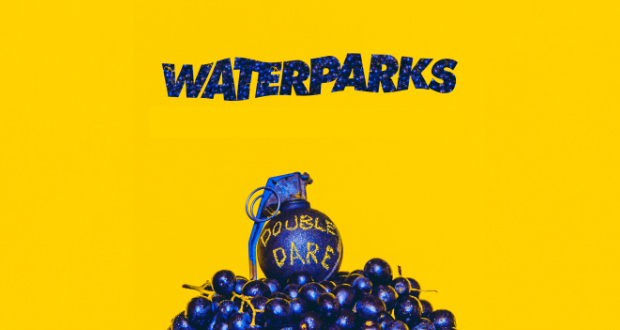 Despite not having an album out at the time, Waterparks have already graced the covers of Kerrang and Alternative Press. Now that they’ve released their first full-length, Double Dare, it’s fair to say that expectations are high. These three guys from Houston, Texas, have been earmarked for greatness so what do this band have that allowed them to get to a position that so many would kill to be in?

Well, it turns out that what they have is pop music. Pop music so sugary sweet that it would make a five-year-old puke multi-coloured rainbows of excitement. Which is appropriate because this album has all the substance of the kind of sweets said five-year-old would love to spend their life gobbling down. Leave them alone with ‘Dizzy’ for too long, and you’ll never get them to sleep tonight. 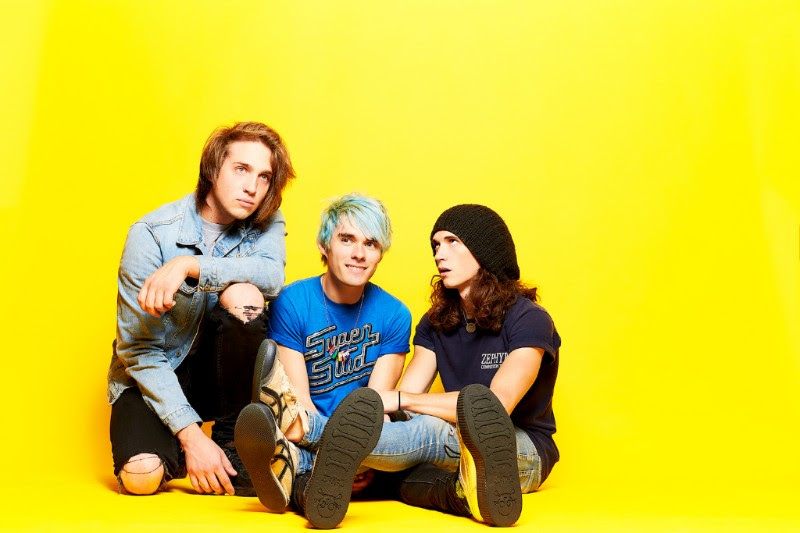 ‘Hawaii (Stay Awake)’ kicks things off and will appeal to anyone who listens to One Direction and thinks that if this had a little bit of guitar, they would love it. Produced by Benji Madden of Good Charlotte you might be looking for that little bit of punk to turn this into a pop-punk but you’ll struggle. ‘Stupid For You’ is punk in the sense that if it turned up on an episode of Hannah Montana, it would be played by the bad boy pop rock band who role into town.

And look, there’s nothing wrong with pop music. If you like that kind of thing, then ‘Take Her To The Moon’ will fill that hole in your heart and you can dance away down the street singing along like a Disney Princess. The problem comes if you go into this album expecting it to tell you anything. Waterparks exist, and they might be good fun, but they are not going to make a difference to your life. Lyrics like ‘I wish I was royal, but I’m not’ on ‘Royal’ speak to how hollow this entire experience is. It’s created to make money not promote art.

Double Dare isn’t actively offensive. There would need to be a bit more here for that to be the case. It’s a lightweight album that goes in one ear and then dances straight back out the other. You may well find yourself tapping your foot and humming along, but that doesn’t change the fact that by the time the sun comes up tomorrow you’ll have forgotten it all.