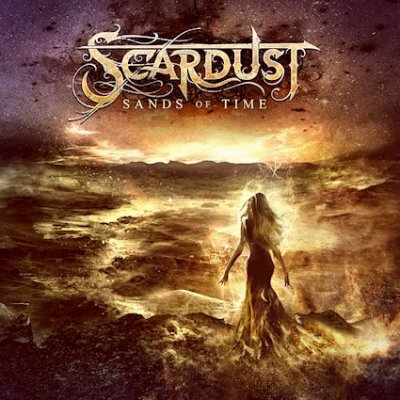 Israel’s leading progressive metal band Scardust have made their album Sands Of Time available worldwide. They have also released ‘Arrowhead’, the first of several videos planned.

Scardust ScardusScaScconsist of vocalist Noa Gruman, drummer Yoav Weinberg, guitarist Yadin Moyal, bassist Yanai Avnet, and keyboardist Itai Portugaly. Sands of Time was released last year in their homeland, following an epic launch concert in Tel Aviv with a big choir and special guests. The band is attracting fans of prog and metal, rockers in general and mainstream music fans too. Their live performances feature theatrics as well as the Choir of Mysterious Monk. They’ve been described as not just a band but a “whole experience”.

The band began when Gruman and Orr Didi starting writing a rock opera called Gates of Dawn under the name Somnia back in 2013. Later, when Weinberg and Avnet joined the studio project became a live band, but with Orr preferring to write lyrics, compose and handle arrangements rather than live appearances. With this in mind they focussed on their debut EP Shadow and were joined by Moyal and keyboardist Lior Goldberg prior to completing it in 2015, while having already added a choir dressed in black hooded cloaks for local live appearances.

Changing their name to Scardust for the release of their EP, that October they took part in Israel’s Melodic

Alliance festival in Israel, then two months later headlined in Tel Aviv with The Scardust Epic Experience – involving a full choir on stage, and this sold out event putting the band squarely on the map in their native land. Festival in Haifa, Tel Aviv and Jerusalem followed all while working on Sands Of Time and supporting international bands such Prey for Nothing, Symphony X, Epica and Therion at larger venues. Sands of Time itself became a reality through a crowdfunding campaign that included two acoustic concerts.

You can watch Scardust’s ‘Arrowhead’ video here at Ramzine. The album is now available and the band is planning to tour Europe alongside playing festival dates.