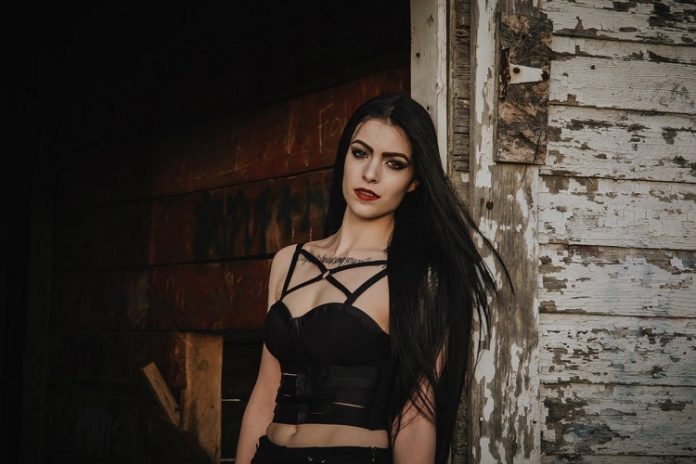 Before we start, let’s make it clear: Papa Ooh Mow Mow was recorded by The Sharonettes. Sharone, however, is a whole different ball game…in every sense! Classed by some as a “Gothic artist”, her inspirations feel along the lines of Evanescence, Black Sabbath and early psyche blues although. Apparently, Sharone’s stage shows are of the sort to create envy, and are said to include jumping off monitors and contortions. In that case, she would be welcome on these shores once the damnable Covid is beaten.

Following well-received rock albums Storm and the impenetrably titled Enchiridion of Nightmares from 2018, we now get an evolutionary opus called Morbid Illusion.

My favourite track, ‘Pinup Doll’ is glorious, sweeping and cinematic. It starts off like Chicory Tip had got lost and joined Metallica with Toyah on vocals. Listen and you’ll see what I mean, and then you’ll fall in love with it as I did. Elsewhere we get melodic heavy metal with sensitive through yet harsh vocals that illustrate Sharon’s beautiful range. ’Left In the Dark’, ‘Can We Pretend’ and ‘Fade Away’ offer symphonic metal whereas tracks like ‘Serenity’, ‘Diamond’ and the classy closer ‘Dying Out’ show metallic ballad tendencies without losing weight. ‘Serenity’ in particular may harm your dog’s ears! In all, the album delivers a brilliant combination of heavy metal, heavy rock, and symphonic rock — but with imagination, variation and a helluva lot of skill.

Morbid Illusion will be released on 28th May via Devil Inside Records.