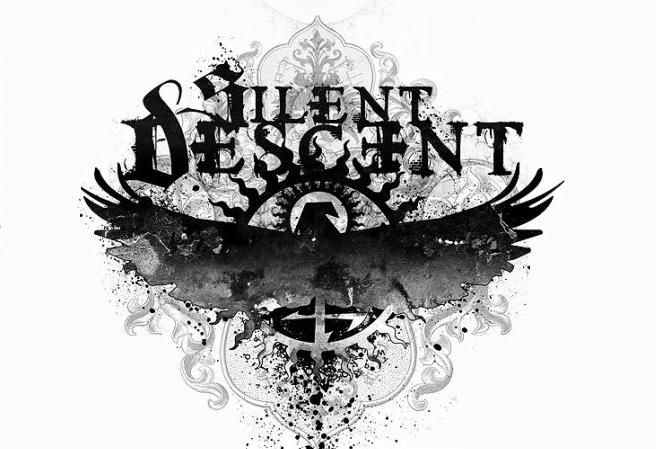 There have been countless attempts in the past and present where bands have tried to fuse metal with a different genre. Previously there were fusions with folk and classical music which caught on extremely well and became genres in the own right. But more often in the modern world more and more musical hybrids associated with heavy music are combined with dance music. Take your pick from dubstep or electronic; most have been done already and more than often fell on dismayed ears. Even a band of the prestige of Korn couldn’t keep some fans from feeling alienated with their metal/dubstep album The Path of Totality. However Silent Descent seemed fearlessly determined to push their blend of trance music and metal further into the spotlight with their new release Mind Games. 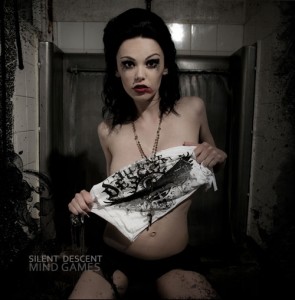 Silent Descent really know how to open an album. Overture brings mellow pulses of synthesisers that slowly build with electrified beats and dubstep ‘wubbing’ to play your mind into the desired ‘trance’ state before completely erupting into Psychotic Euphoric which is a song that really does exactly what it says on the tin (or in the title for this instance). Though there is quite an obvious input of metal influence in Mind Games, it’s safe to say that it is quite trance heavy. Even in the most conventional ‘metal sounding’ songs there is rarely the absence of a keyboard melody or dubstep beat in the background. But this is by no means a negative thing; more than often Silent Decent do what can only be described as putting the right ingredients taken from each genre together. Each element of either metal or trance music accompanies its counterpart wonderfully, and there are even occasional moments where something that isn’t typically found in either genre is included. The infectious chant of ‘Eat. Defecate. Sleep. Procreate’ in Breaking the Space or the vocals of Sarah Jezebel Deva typically found in the more gothic areas of metal in Coke Stars add a good degree of originality and particularly beauty with the latter.

This isn’t to say that Mind Games is flawless. After a while you notice the introductions of nearly all the songs seem to follow the structure of beginning with a quiet trance beat which bursts into a high tempo rave accompanied by equally as fast guitars and drums. Whilst it’s only a small part of the album, if you’re the type to listen to records from start to finish this could easily be a downside. Another tiny discrepancy for some fans with Mind Games would be the screamed vocals. Whilst the elongated screeches are very impressive and add to the mad nature of the truly electric parts of the album, lyrics delivered in the same voice are only partially comprehendible. Now, whilst it hasn’t always been in the nature of heavy metal in recent years for lyrics to be understood, if you do catch onto a couple of words and begin to follow the lyrics of the song only to be thrown off by a line you can’t quite hear it does get a little buggy.

But again, these are only minor problems. The album as a whole is extremely well crafted and if you’re open to new fusions of metal then Mind Games is definitely the record you need to hear. Equally if you like your music intense then this is also worth looking at as something a bit different. It made perfect sense in the first place that a combination of trance music and heavy metal would create a truly electric record with euphoric but heavy strands all the way through it. We’re just thankful it was Silent Descent that got there first and did a damn good job of it.