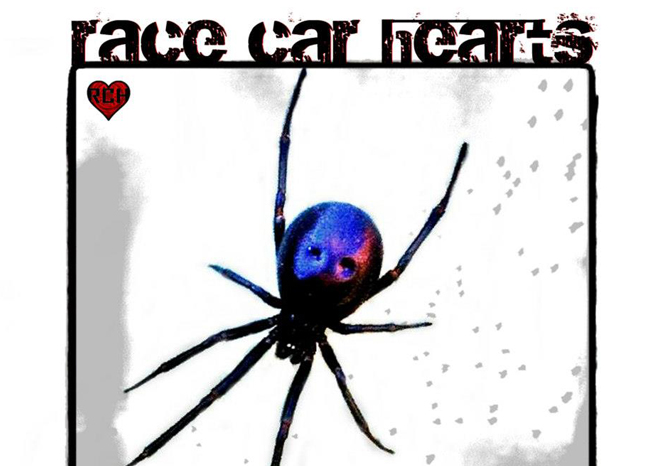 An incredibly intense EP, Race Car Hearts give us their beautiful debut Tender/Vicious.

Opening the EP is their latest single ‘Pins’, and it is very unusual for a song to make us go, ‘Oh my god this is awesome’, but it did (Just ask RAMzines Editor-In-Chief Vicky – We were chatting when the link kicked in, I was blown away by the awesomeness!). It is clear from this track that Race Car Hearts are an indie-rock band that have a lot to say with electronics, and aren’t afraid of being put in the alternative category. Because of the mash of different sorts of instrumentation, there is a lot of different methods of expression, and it is really good to see a band using each of them to their fullest.

The thing is that we can easily describe their music as indie-rock-meets-electro, but that would create the wrong impression in people’s minds and would probably be discordant with what the band themselves think they sound like. Ultimately, this is the kind of music you can picture a particular friend of yours loving – in my case it is a housemate that loves this kind of music because of the huge emotiveness of it.

The powerhouse on the EP has got to be ‘Mother Midnight’ – an edgier track to the rest of the EP and the kind of quality of music that you usually find in super-bands like Muse or Metallica or (like it or not) Coldplay. Emotive and dark, the chorus got us straight away and we are currently looking at download options as we speak. Now we get why this was their debut track.

The other track that needs a point of being highlighted is the version of Nirvana’s ‘Smells Like Teen Spirit’, as it takes a huge amount of balls to cover such a monumental track, even if it is over twenty years old now. This version only really hints at the original, however, when you get to the chorus and can really hear the vocal line being copied. When I listened to it originally, I viewed it as a separate piece, and the suggestion to listeners is to do the same – yes the two can be viewed in parallel, with this being an alternative and far quieter version of the same piece, but ultimately the two are not the same songs. (Listern to the track below).

In conclusion, this band is going to be huge if they are going to keep producing music of this quality. There are far fewer people doing the whole indie-rockers thing nowadays, due to the prevalence of electronic music across the board of all genres at the moment, however this blending of the two styles with such confidence and skill really sets Race Car Hearts apart from the competition. We hope that this is the first of many, many more to come.

You can now buy ‘Tender/Vicious’ from Amazon and iTunes