Sirenia ‘Perils of the Deep Blue’ 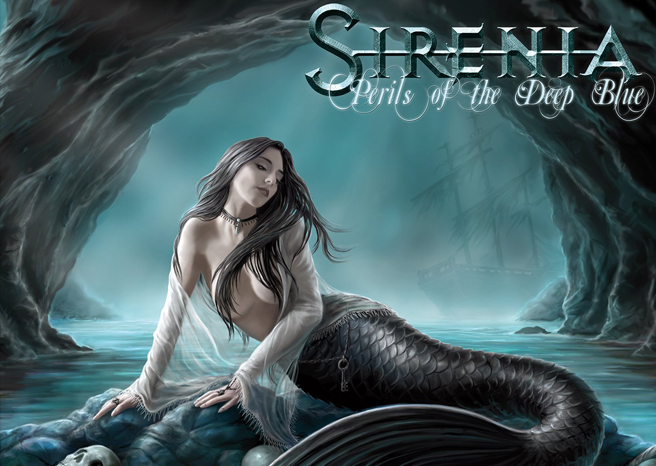 Sirenia’s most recent album prior to the release of Perils of the Deep Blue, The Enigma of Life, left the band in uncertain territory in public opinion. Whilst there’s no doubt it impressed in some places, there were certainly fans and reviewers who generally felt the band had lost their original touch. So, an album cycle later, have Sirenia been able to shake off this supposed ‘mould’ and return with an album to dispel the naysayers?

Mostly yes, but also somewhat no. The band has certainly made some changes to their style and absolutely for the better. From the opening two tracks, Ducere Me In Lucem and Seven Widows Weep, they prove with incredible conviction they retain their ability to combine the atmospheric highs of symphonic music with the speed and crushing feel of metal riffs to a successful extent. In the latter track, the incorporation of a choir in the background actually helps flatten out moments in the song you’d expect to sound tinny keeping the sound of the album natural and consistent. 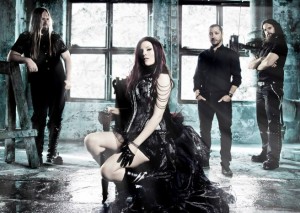 Between the two main components of the group, one cannot help but admire the vast musical and vocal skill of both Ailyn and Morten Veland. Ailyn’s voice stretches from a stunning regular singing voice to a strong operatic tone, holding notes long enough to create an almost trance-like effect. However there is no doubt he duo are at their very best when their vocals work in harmony; tracks such as Darkling and Stille Kom Døden where the two sing in unison showcase the fullest, most awe-inspiring of sounds which really make the songs high points of the album. Although, this is the case to the extent that instances where the vocals are mostly separated in a song leave certain verses feeling quite alien in comparison to the rest of the track. Particularly in My Destiny Coming To Pass where vocal contribution mostly lies with Ailyn, Morten’s vocals are unexpected and comes as to break in the grace of the song.

Unfortunately it is instances like this where certain elements break the flow of a song, or even the whole album at times, that bring down the quality of the record to consistently please. This is quite profoundly shown in the track Ditt Endelikt where the entire song is sung by a guest vocalist. Whilst you can appreciate what was attempted, in reality the track just generally feels out of place in the middle of the record and will probably end up being one fans will skip in the future.

However, overall, there is certainly life in this band yet. From its fantastic vocal spread to the incorporation of some more unconventional elements, Perils of the Deep Blue shows that Sirenia can still come out with a fresh record and provide their own edge on symphonic metal. If you’re looking for an album to have a good, long listen to all the way through, then expect to have your patience challenged at some points. But generally, fans of symphonic metal will be able to tuck into this record with ease.

Perils of the Deep Blue is out now via Nuclear Blast Records.

Check out the video for Seven Widows Weep below!