Soothsayer get dark and dirty on Echoes Of The Earth 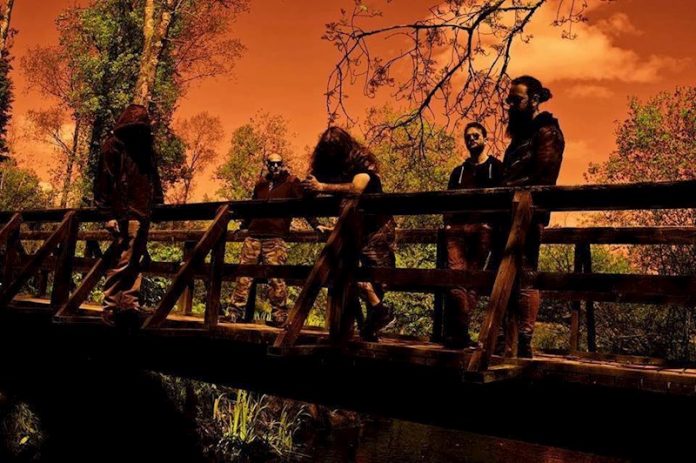 Some bands serve as great jumping-on points for their genres, Ireland’s Soothsayer are not one of these bands, Echoes of Earth is not really aimed at those who are not familiar with the death-doom genre. That’s not intended as a slight or to put anyone off, what I mean by that, is that this is a record you will get just that little bit more enjoyment out of if you are already versed in the world of ‘Out there’ death doom.

It’s pieced together with well known, tried and true death-doom tropes but in no way does it feel familiar, there is a heap of the band’s own unique identity ingrained in each track, even the five-minute interlude ‘Fringe’. The album delivers via its atmosphere and sound, the feeling one has strumbled across an occult ritual, deep underground somewhere, something macabre that you were never intended to experience.

The guttural vocals are damn well impressive and not so distorted that you can’t follow the song, while there are incredibly heavy sections, even the odd blast beat throw in here and there, there’s also rhythmic and even dare I say, folk-inspired sections? Only delivered in a dark and imposing fashion.

It’s no surprise to see Echoes Of The Earth is being released Transcending Obscurity Records (April 9th), a label with an ever-growing roster of impressive bands, all at the forefront of their respective genres. As I alluded to, this record is definitely one for fans of the genre but if you’ve ever been interested in a darker, more obscure flavour of metal then be sure to check it out as long as you keep an open mind, you could prove me wrong and find this is your gateway drug to the other side.