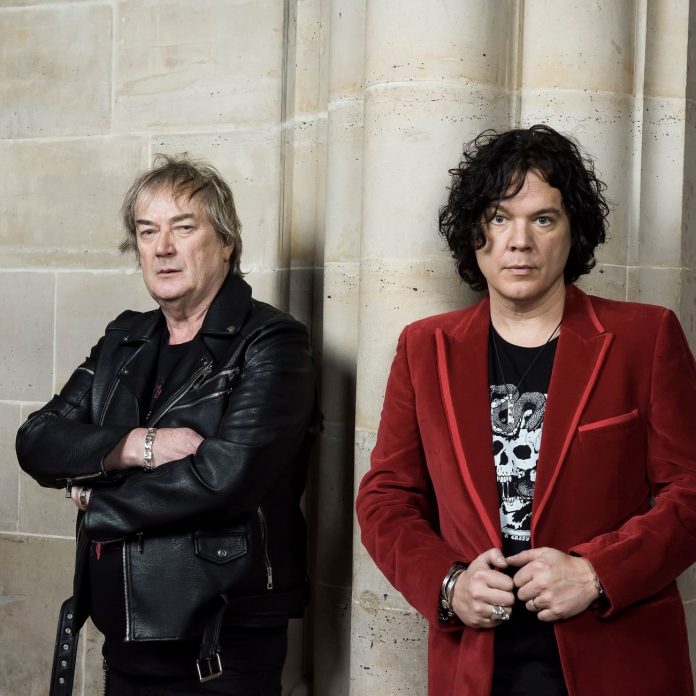 The Downes Braide Association (DBA) is a joint collaborative effort between Geoff Downes, ex Buggles, Asia and Yes, and Chris Braide, a multi-instrumentalist who’s worked with and produced a whole swathe of artists down the years. All of which have combined their collective and considerable musical acumen together to make this, their fifth such album. Despite Downes being much better known, DBA is an equal partnership, with Braide making it obvious he isn’t along just for the ride.

Both men are hugely talented musicians. Downes is perhaps not always taken as seriously as he should be because of his association with The Buggles, (theirs was the first video ever played on MTV!) but he’s a top keyboard man, he helped form Asia (no, not the continent) and is a current member of Yes, and he knows how to write and produce short, accessible pieces of music as well as lengthy prog epics.

Halcyon Hymns is an album, like many others recently, born out of the conditions of 2020 when, feeling down at the current state of the world in a pandemic, Downes and Braide decided instead to look backward, when things in their lives were different. Consequently, this is an album steeped in nostalgia and dripping with wistful recollections, played with a strong ‘pop’ aesthetic but also with tinges of prog sensitivity.

The single ‘Love among the ruins’ is a very commercial opening that could easily fit onto any daytime Radio 2 playlist and is similar to Big Big Train with its evocation of the pastoral, not a surprise as David Longdon of BBT contributes to the album. The prog infusion is present on the eleven-minute ‘Remembrance,’ with its memories of looking for mushrooms in Dorset.  Their gift for melody is apparent on tracks like ‘Warm Summer Sun’ and ‘Hymn to Darkness,’ and in particular on the achingly beautiful, sumptuous ‘Late Summertime’, with its delightful evocation of the onset of autumn. ‘Your Heart will Find a Way’ pulls at the heartstrings with its refrain of  if love is meant to be, your heart will find a way.

‘Holding the Heavens’ is pure late seventies Genesis, in that crossover period when they were moving from being prog icons to becoming a more commercially oriented band, and the tune accompanying ‘Epilogue’ is just screaming out for the harmonies of the Beach Boys.

Overall, Halcyon Hymns is a ‘feelgood’ album, uplifting and delightful in the nicest sense. All the songs are swathed in the warm glow of nostalgia, even if the overall vibe is a touch melancholic, and it’s an album that could probably best be described as ‘quality pop music for adults.’