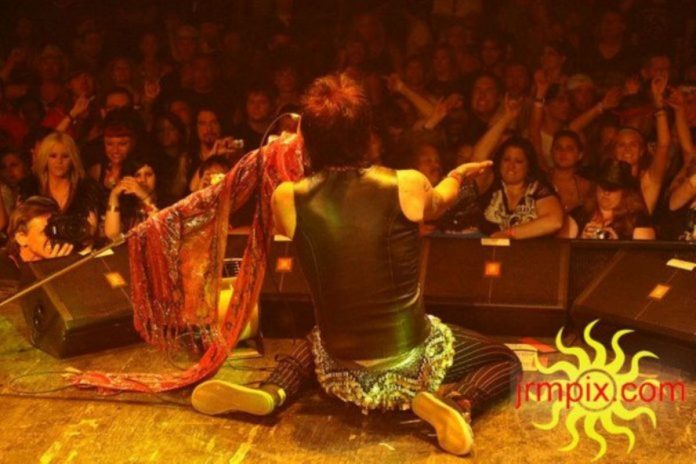 Described as the album they always promised to make, it will be released on Golden Robot/Riot Records and is preceded by an anthem for the underdog  in their new single, ‘Lost in a Town called Nowhere’, released on 26th February. The record features B side ‘Soho Daze, Just Another Friday Night’.

A special limited signed edition 7″ Red & Gold Splatter vinyl edition of 500 copies will be available through Carnival Records and it can also be pre-ordered here.

Tracks featured on the forthcoming The Mescalito Vampires are: ‘Lost in a Town called Nowhere’, ‘Viva la Revolution, Viva Zapata’, ‘Mescalito Vampires (Welcome to the Hotel de la Muerta)’, ‘Soho Daze, Just Another Friday Night’, ‘Roses, Gallows and the Wild Preachers Daughter’, ‘The Forsaken’, ‘The Name’s Django’,  ‘Cisco Kid’, ‘Gonna Die With A Gun In My Hand’ and ‘Alone Again Or’.

The new reformed Gypsy Pistoleros, still headed by Gypsy Lee Pistolero , features musicians who’ve played with acts such Shadowland, Pendragon, Ghost and The Specials previously and they plan to announce a live tour and festival dates as soon as they’re able.

For more about Gypsy Pistoleros at RAMzine click here.

You can check out the video for ‘Lost in a Town called Nowhere’ right here at RAMzine.