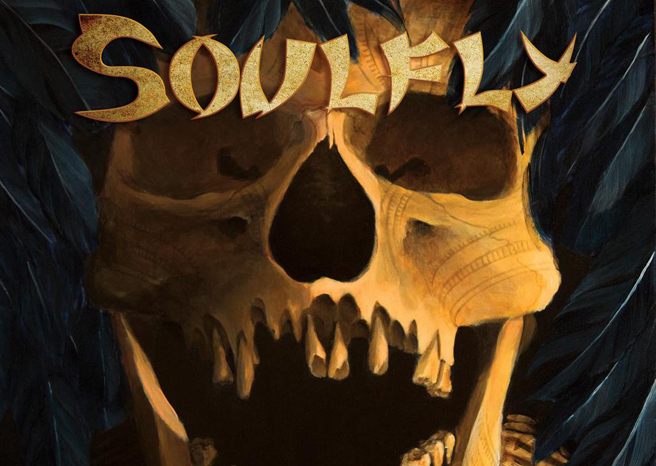 After the release of Soulfly’s 2nd album ‘Primitive’ they encountered a big lull in terms of the quality of the music they were putting out. Though ‘Primitive’ was hardly a masterpiece and suffered from having a plethora of lacklustre nu metal riffs that sounded like they’ve been chucked into songs purely for the sake of it there was some great material on that album. Between that album up to the last album similar can be said for the 5 releases that followed with the quality to filler ratio diminishing variably to the point that some albums were just unlistenable to myself.

However, with their last release ‘Enslaved’ they managed to change things up a bit. They went in a slightly heavier direction more into the realms of death/thrash slightly reminiscent of Beneath The Remains/Arise era Sepultura. Though it was in no way a return to the sort of form of either of those albums, this is still a pleasant surprise to hear that they’re sticking to this path. Even throughout the intro track ‘Bloodshed’ which is a rather mid tempo affair there are certain parts which show that there’s a greater level of attention to detail being paid to lead guitar work and how each section transitions into the next.

Leading into ‘Cannibal Holocaust’ you’d be forgiven for thinking you were listening to The Haunted in their hayday as the song kicks down the door from the outset and keeps on going for the duration. As the album kicks on listening through ‘Fallen’ and ‘Ayotollah of Rock And Rolla’ I find myself faced with the odd moment where a very generic nu metal esque riff gets snuck in and disrupts the flow. However, unlike some of their previous efforts they almost immediately make up for it by kicking into a riff or fill that makes you forget about it. I can’t help but feel if some of these riffs had a little more time spent on them it’d have made this album an all round better listen. The upside of this being that it doesn’t really seem to disrupt the flow of the album, it’s definitely one of the best flowing releases Soulfly have put out in terms of how the songs lead into each other and how they’re all paced. They’ve done away with the ‘filler’ tribal interludes as whole tracks as a means to fill out the album which is definitely a good move on their part.

Something Soulfly do which they’ve not done away with is having guest vocalists from other bands come and out vocals on their tracks. Though it’s not necessarily an integral part of a Soulfly album as some of the guest spots they’ve had don’t always have great impact they’ve picked a good and varied bunch for this album. People such as Neil Fallon of Clutch, his beard is a worthy addition on any record as well as his vocals, Mitch Harris of Napalm Death, Jamie Hanks of I Declare War and even Max’s brother Igor Cavalera makes an appearance. The best part of all this being that they all bring something a bit different to each of the songs they guest on and add an extra dimension to it.

While ‘Savages’ is not going to set the world on fire it is probably going to turn a few heads and make people put a bit more faith back in Soulfly that may have been lost by some. It’s carrying on what they’ve started with ‘Enslaved’ and whilst there are parts that aren’t perfect overall this is a solid album that treads some new ground for them with relative success.