The Tangent deliver Songs From The Hard Shoulder 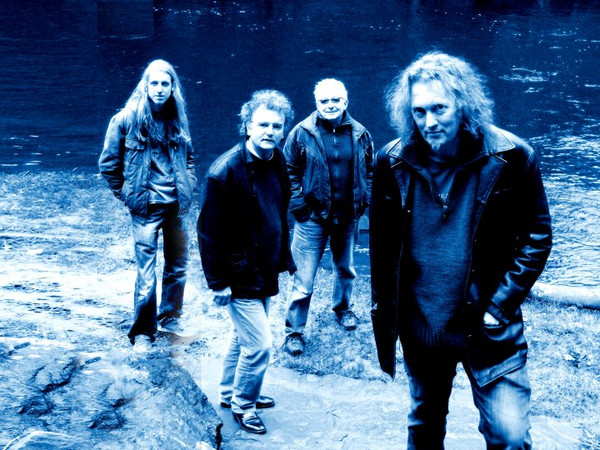 The Tangent are a heady combination of ridiculously talented musicians who’re able to tackle topics of considerable social and political gravitas and make credible songs out of them, and whilst their music is unashamedly rooted in prog, they can’t always be pinned down to this genre, as all the musicians are on board with the band’s offering of a fusion of Prog, Jazz, punk and the occasional foray into electronica.

Songs From The Hard Shoulder is the band’s 12th studio album in their twenty-year existence, the band getting together is often hampered by the fact that members also have other commitments. In the past year, for example, bassman supreme Jonas Reingold has been touring playing in Steve Hackett’s band, as well as recording a new album with The Flower Kings. However, when they do get together and record, the results are always worth the wait, and the band are pleased with the outcome of this album. Mainman Andy Tillson: “This is our most structured and organised album to date within each composition, with each piece having a different purpose. This is almost three albums in one.”

This new release sees The Tangent focusing mainly on their longer format songs, and compositionally they’re all very strong pieces of music. Four of the five tracks here are long-form compositions, with one running for twenty minutes, two at seventeen minutes each and a single short four-minute piece. There’s also a bonus track which will occupy a mere sixteen minutes of your time. (One track on their previous album, Auto Reconnaissance ran for twenty-eight minutes!) But, everything performed justifies its place on the album, however, there’re no wasted notes and the quality of the musicianship is amazingly good.

‘GPS Vultures’ is a seventeen-minute instrumental, a glorious fusion of everything from Frank Zappa to jazz to prog with a healthy input of the whimsy of the Canterbury scene. The music of The Tangent is always quite complex in structure but the quality of the playing is exceptional.  The opening track, The Changes, starts with comments about the loneliness many people experienced during the pandemic and the impact of not being able to be with loved ones .. ‘I was wondering if I’d ever see my family again’ .. appropriate as ‘Partygate’ still resonates and it also touches on the experiences shared by all bands, not being able to find the hotel after the gig, etc, which were missed during lockdown.

Andy Tillson’s lyrics are occasionally controversial but always pertinent, a mix of social commentary and sarcasm, and they’re a key part of the whole package, which is proven on ‘The Lady Tied To The Lamppost’, a dark story of a homeless woman struggling during the pandemic, with the track concluding with Tillson’s rage at what some local authorities are doing to move the homeless on. For this reviewer though, it’s The Tangent’s cover of UK’s ‘In The Dead Of Night’ which is the track of the album, featuring some exceptional playing, in particular some great guitar work from Luke Machin, surely one of prog’s most underrated guitarists. The album concludes with the four-minute Motown style ‘Wasted Soul’, where Tillson gets in touch with his inner Geno Washington and looked ahead to happier times when the pandemic was finally over.

Songs From The Hard Shoulder is the sound of a band very much connected to the modern world. The Tangent aren’t everyone’s cup of tea, even within prog, but there’s no doubt their music is exceptional and every musician in the line-up is a master of his instrument. Like all The Tangent’s albums, this is an album which might take a while to grow on you but it does bear repeated listening.