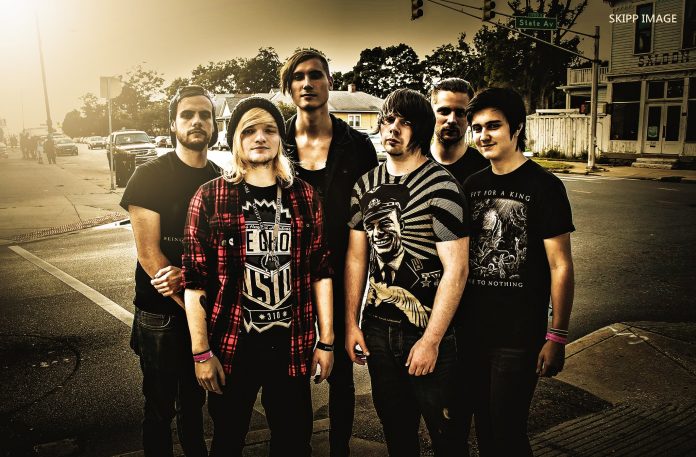 Indianapolis six piece The Wise Man’s Fear have released their new album, titled Valley of Kings. The band play a new genre of metal which they have dubbed as ‘FantasyCore.’ FantasyCore takes elements of heavy metal and creates a crossover with fantasy aspects to create the fusion that we now see from The Wise Man’s Fear.

Since forming in 2013, The Wise Man’s Fear have released three full length albums. They independently released Castle in the Clouds in 2015 and followed it up with Lost City in 2017. On the back of the success of these records, they were noticed by SharpTone Records and were then picked up. Valley of Kings is their first release since signing to the label.

All three albums interlink themselves with themes and elements from previous installments reappearing again. The first album features man vs. environment themes, whilst the follow up piece features man vs. man themes. Both, along with other recurring elements, can be heard in Valley of Kings. Since releasing the album, the band have stated that the three albums make up “The Codex Trilogy” and it has now been completed. A fourth album to be expected to continue the epic saga.

Valley of Kings features a combination of heavy-hitting growls with a more melodic sounding metalcore-esque mix of vocal style. The two blend together periodically throughout the album to create a powerful and effective sound which can be heard on the opening track of the album, ‘The Relics of Nihlux,’ and the fifth track, ‘The Cave’.

The album as a whole takes on a heavy sound heard throughout whilst also incorporating instruments from Celtic music such as a bodhran and a dulcimer, as well as including harps and fiddles. The shift between heavy, bludgeoning riffs and faster metalcore sections is contrasted beautifully in these passages which conveys the story of the album well.

Valley of Kings was released on 29th May via SharpTone Records.

For more on The Wise Man’s Fear, check out the interview conducted with RAMzine in which they discuss the new album and future plans.