Trivium – What the Dead Men Say 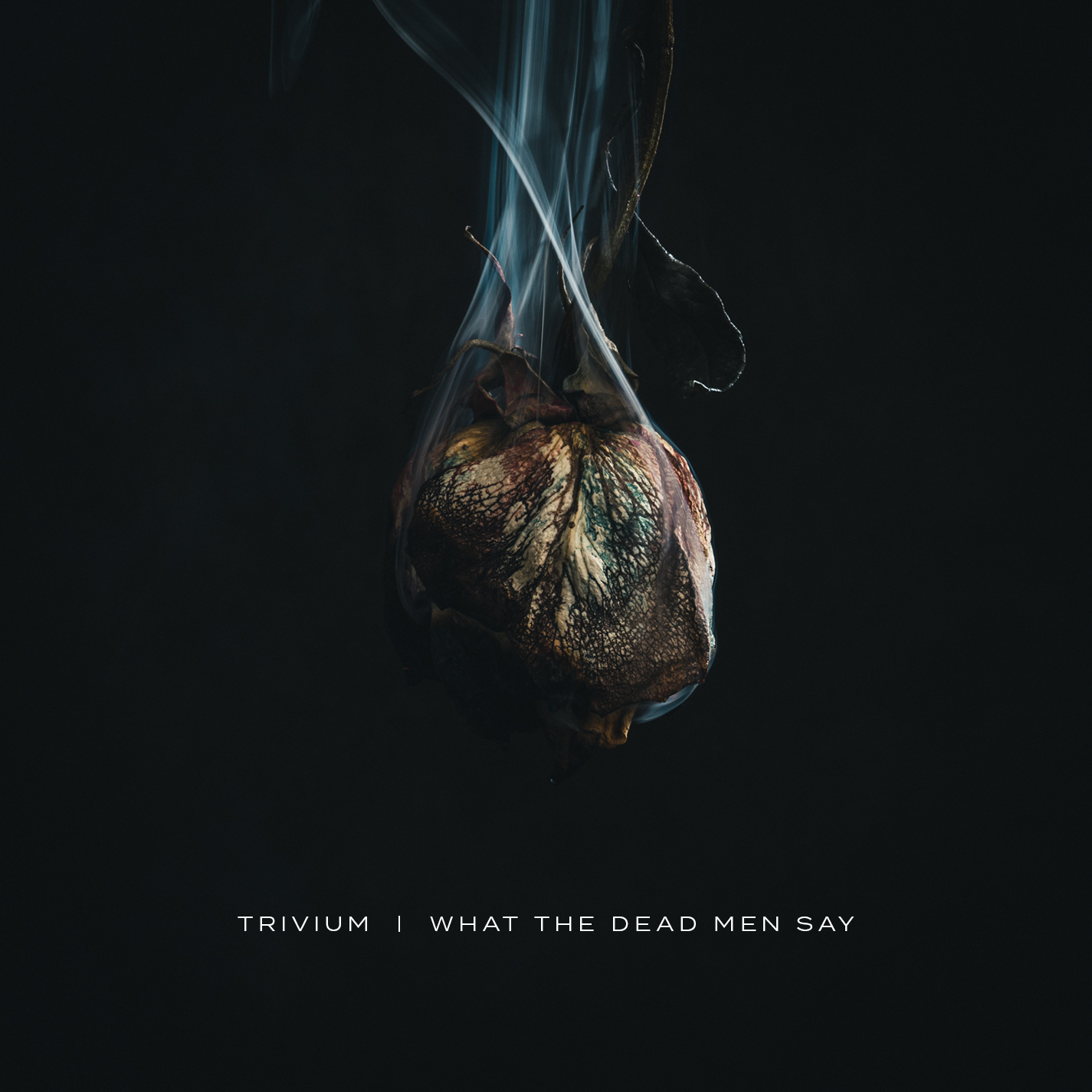 Mention the name Trivium to anyone, and they’ll have an opinion, some good, some bad, but nonetheless, everyone has one. The odd thing about their opinion is that the band has had a career spanning 20 years, but their opinion will come back to just one single part of that period. It was Ascendancy that really thrust them unto the mainstream world, and with that came the double edge sword, massive praise, and love as the next band, but also the weight of that on their shoulders, which had many turn away from the band with their next releases.

Regardless, the band hasn’t stopped, they’ve stuck to their guns, and their love for what they do is stronger than ever before, the last few albums have really showcased the levels to which they have dug in deep to strive and achieve greatness, and What the Dead Men Say fits the bill with maintaining that line. Start to end, this release plays as an album should, it flows fantastically from one song to the next and is put together in a way that deserves to be enjoyed as such.

A mellow, dramatic and broody intro akin to the 80’s thrash era leads the way to the already familiar title track, which itself follows on with the album’s debut single ‘Catastrophist’. As if that wasn’t enough, third and most recent single ‘Amongst the Shadows & the Stones’ chases that up making the beginning of the album so familiar it’ll have you feeling like you’ve owned it for an age from the first play.

The explosive first half of the album throws plenty at you, aggressive, melodic and combustible in every way. The turns and approach on songwriting have them at their best in their career together. Borrowing and blending elements of styles into their sound, What the Dead Men Say has seen Trivium grown into a beast! ‘Bleed Into Me’ relaxes the tone for a more mellow breather before unleashing some mammoth monsters in ‘The Defiant’ and ‘Sickness Unto You’, the latter providing some of the finest leads that Trivium have probably written, period. The album as a whole has a darkened feel without losing much of an uplifting feel, album closer ‘The Ones We Leave Behind’ having probably the most positive sound musically on approach.

Vocally, Matt has really grown since the early days, and with the album being likened to Ascendancy, it shows how he has developed and matured in himself, to add to that, the album as a product is a masterclass of metal in this day and age, and that is boasted yet again with the addition of Josh Wilbur on the mix and production. The only way you can find flaws is with some seriously critical searching, there might be some there, but if there is, you’d either need to be going into this with a chip on your shoulder, or stuck with that attitude and opinion like mentioned at the start of the review. It would come as no surprise to see this hitting more than a couple of albums of the year for people come the end of year.

What the Dead Men Say is out April 24th via Roadrunner Records, read our interview with the band in our zine; talking of the album, the effect the current climate on the world, and the impact it has had on the band in regards to the release of the album and touring.

Grab a print copy here (just pay p&p) or read the new issue below for free!