Voodoo Circle head into the new year, Locked and Loaded 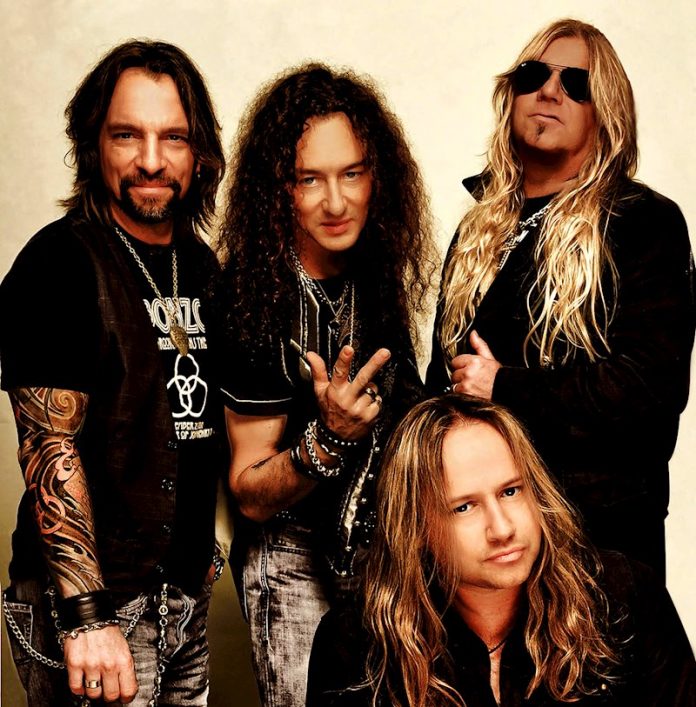 German hard rockers, Voodoo Circle, have suffered the malaise of many a band: a seemingly ever-changing lineup.

Well, the good news is that the latest incarnation sees the most popular one, reunited guitarist and songwriter Alex Beyrodt is back with vocalist David Readman, bassist Mat Sinner, and drummer Markus Kullman; the group that delivered the band’s excellent second album, Broken Heart Syndrome in 2011. In 2021 we can look forward to the bluesy rock they are so good at on the new album, aggressively entitled Locked And Loaded. There are Zeppelin and Whitesnake references in a number of the songs but none of them are cloned and Alex keeps the band’s identity to the fore.

Take the opener, ‘Flesh & Bone’, for example, it has touches of the Coverdale’s and some neat keyboards from guest Corvin Bahn but essentially it is a straightforward heavy, melodic rock of quality with all the boxes ticked…great riff, guitar solo and singable chorus. The next three tracks Wasting Time’, ‘Magic Woman Chile’ and ‘Devil With An Angel Smile’ may seem to lean a little more toward Zeppelin although I think the Coverdale\Page album is a better reference point; but again it is in homage not cloning and that’s apparent…all of them engage you immediately and supply the weight and melodies every rock fan wants.

DC reappears in strength on the cheekily named ‘Straight For The Heart’ and the power ballad, ‘Eyes Full Of Tears’. The final track, ‘Devil’s Cross’ is more Dio era Sabbath and is all the better for it with a really powerful structure.

Despite my comparisons, this album isn’t derivative: it has a soul of its own, and fans of heavy rock and those named bands, in particular, will definitely enjoy this strong album.