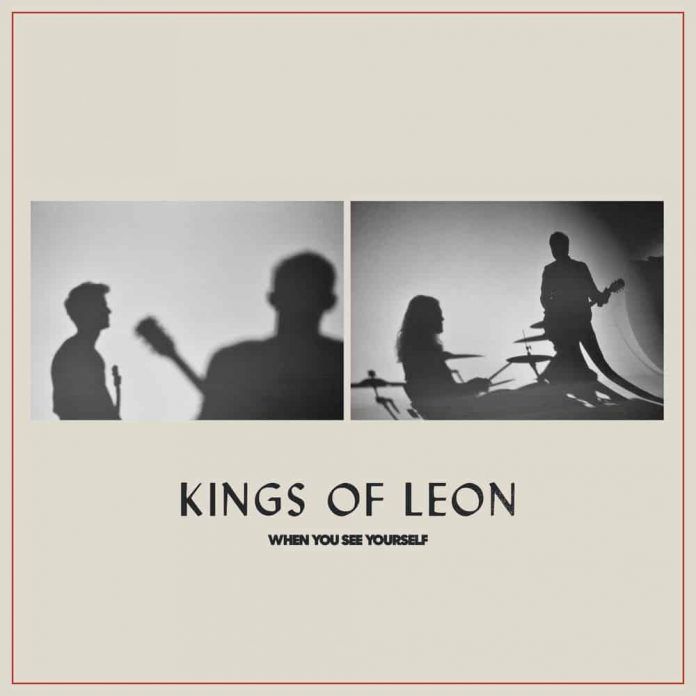 Kings of Leon are still largely famous due to their songs from a decade ago, and the band has been struggling to replicate that success ever since. When You See Yourself, which is the band’s eighth studio album, sometimes sounds like it has the potential to reach those highs, but ultimately falls short.

One of the most novel and interesting things about this album is unfortunately not in its songs, but the way it has been marketed and sold. This album is the first in music history to be made available as an NFT, or non-fungible token, which is the newest trend sweeping online in the wake of the cryptocurrency boom. For those who want to know what these NFT tokens are, they are units of data on a digital ledger, known as a blockchain, which represent unique digital items, and are therefore not interchangeable, or non-fungible. There have already been some significant sales of artwork and music through this medium, but this is the first time that an entire music album is being sold in this manner. Kings of Leon have reportedly already raised over $2 million through this NFT, with over $500,000 being donated to a charity that is supporting out of work technicians, musicians and others who have been financially impacted by the lack of live music shows and concerts over the last 12 months. The NFT version of the album is a limited-edition one, with exclusive artwork and even the chance to have front-row tickets to a Kings of Leon concert for every headline tour, along with merchandise and other perks such as concierge services at the venue and so on. This has already caused quite a buzz in the music industry, and Kings of Leon’s success looks like being the catalyst for several more similar album launches in the future.

Sadly, this is the only truly interesting thing about the album. Kings of Leon are guilty of still trying to stick to a sound that does not work anymore, and they are suffering from a desperate lack of invention and creativity to adapt to the changing times and audiences.

The album is technically quite brilliant, with Markus Dravs as the producer, who has previously worked with the likes of Arcade Fire and Coldplay. However, there are times where the production overshadows the songs rather than complimenting them. Caleb Followill, the band’s vocalist, can be relatively difficult to understand at times, When You See Yourself takes this to new highs. The lyrics to the songs are also quite dreary, with the sounds of a mid-life rut coming through. The album is quite downbeat and dejected in tone, which is a big contrast to the early days of the band, which featured up-tempo and high energy tracks that could get people dancing. It is quite surprising that the band has already gone down this road, still they are still quite young, but are sounding like old veterans who are tired of the whole game.

This is not what the band has been known for, or what it made its name on. Kings of Leon’s earlier albums may have had many other issues, but they were quite infectious and had the energy of a guy’s night out – This album is a bore compared to those. In fact, it would be a surprise if the early version of the band themselves would have wanted to listen to this music, let alone actually produce it, and to be honest, it sounds as though they are not enjoying their own music at the moment either.