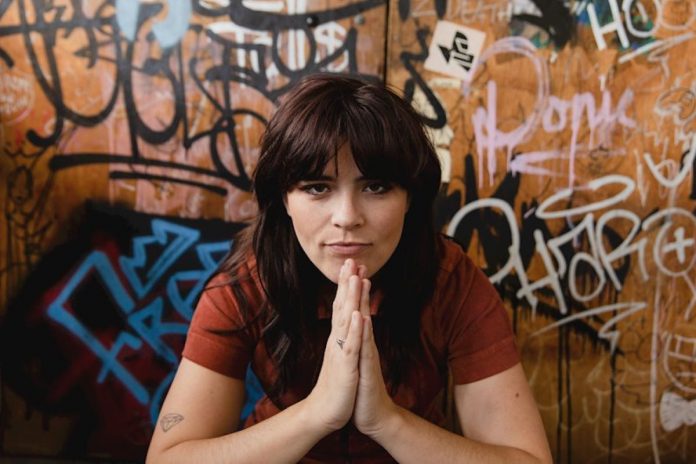 Ella Fence is an acclaimed Australian singer/songwriter with a voice that raises the dead, an extraordinary musician, she creates and sings of authentic, personalised experiences, avoiding tweet sized nonsense. She’s literate and sensory, unapologetically demanding and passionate.

Fence was nominated for Australian Women In Music’s Best Emerging Female Development Artist of 2019.  She has accumulated eight Gold Coast Music Award nominations (having won two), was named as finalist at the 2019 Carol Lloyd Award and  collectively has near 3 million streams of her music on Spotify.

There’s an intellectual scrutiny in Fence’s music but it’s neither condescending or overtly highbrow, it’s all accessible as music listeners internationally will find out through No Thank You, a five track EP due 26th March through Golden Robot Records.

Tracks featured are ‘Hurricane’, ‘More To Life’, ‘This Was Supposed To Be My Freedom’, ‘Move to Slow’ and ‘Known Better’.

You can order No Thank You here.

Dropping alongside the EP is the music video for focus track, ‘More to Life‘. Manifested during the covid lockdown, the song is a musical examination of society’s addiction, that despite best intentions there’s still a culture that demands people mask over emotional battles with a smile.

“It’s a song that documents that sometimes we have to wear multiple faces to adapt and cope with life. We live in a world whereby you have to be constantly “on”, forever pressured to be the most fantastic version of yourself, all day, every day,” said Fence. “It’s exhausting and unrealistic.”

‘More To Life‘ is intended to acknowledge the facades we all have to wear, the painted on smile that camouflages pain. It doesn’t encourage anyone to dwell on feeling low, though, and it isn’t about wallowing or being defeated. Its narrative underpins a summoning of personal strength, a strength that motivates you to vanquish troubled times. The song offers a realistic perspective that we can’t constantly seize the day.

Heavily atmospheric, emotional and intense, it celebrates life’s wonderful moments, while appreciating human beings can fall into a wounded state and need time to rejuvenate, before once again taking on the world.