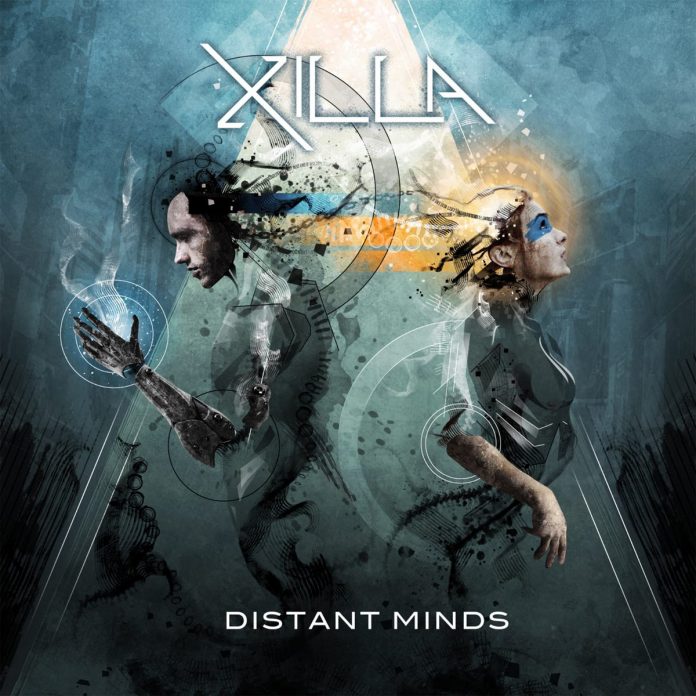 On the backstreet cobblestones of yesteryear where one of The Manic Street Preachers bummed a cigarette from a member of Marillion, and they got talking about the past’s hopes for science fiction compared to the dystopian realities just round the other side of the bicycle sheds, that’s where you’ll find this intriguing album was born.

Together in some form or other since 2012, brothers Greg and Rich Pullin (on guitars and bass respectively), fellow guitarist Chris Flanagan and drummer Pete Smythe, “wanted the approachability of a great song, combined with the detail, texture and layers of all the music we enjoy,” according to the latter.

In 2018, this Birmingham band brought in vocalist Leigh Oates and set about committing their music to record, resulting in Distant Minds. Mixed by John Mitchell (You Me At Six, Enter Shikari) it’s something a little special and worthy of continued plays.

Is it alternative rock, progressive in modern terms, music for shifting moods or something else entirely. I’m not sure. Certainly, there are constant themes of disappoint lyrically – Of failed dreams, ambitions not reached, other people and the need to keep trying and avoid complete ennui.

Space echoes resound, a guitar closes in with a melody while another offers more distant corrosive tones. “Here the voice” come the first vocals and a heavy riff pops in on a gathering skipping prog-come-dance beat as opening piece ‘Crux’ flows into ‘Heroes’ – A tale of confusion fear and doubts sung not screamed. “Where are your heroes to save the day?” Oates ask as it rocks forward in a prog-like manner

‘Let Me Breathe’ has effects laden guitar chords and a slow beating drum pattern as doubled vocals harmonise like oldies Crosby, Stills & Nash or early Yes, though the lead vocals do become more powerful and passionate. Then four minutes in it becomes a decidedly darker offering, an eastern beat developing with wailing guitar soloing over the top.

Melodically, the guitar lines delve into the song, crashing and colliding amid gentle beat on ‘Distant Minds’. It’s like a pop-styled Rush with a looser funk-driven bass. It changes tone and pace, eventually building to crescendo with affecting vocals and instrumentation. With ‘You Crawl’ imagine a Bo Diddly beat coming in from left of field, triggered with effects before a slow sagging heavy riff lurches forward to take precedence, moving up to double time some for power prog rather than power metal. It drops back, races forward, and plays with variations.

‘Burning Sky’ was one of the album’s early highlight for me. Its elegiac echoed guitar automatically put me in mind of John Martyn’s classic One World masterpiece – An album that mixed jazz, fusion, neo-classic themes and rock while clinging to the artist’s initial folk leanings. Xilla are as diverse in their tastes and intentions. Yet, even as you become accustomed the music changes, taking in Pink Floyd as much as they do Simple Minds and a little U2. As its title suggests it blisters and burns brightly in progressive expression, imbuing a shimmering shiny shoe gaze approach that decides to look up and reach for the sky. The vocal “whoa-whoas” followed by a sweet creaming guitar solo.

‘Catharsis’ takes us to sunny beaches as chilled guitars chime out juxtaposed by a rhythm section’s gentle undulating tempo before soaring, raging guitar soloing speed over angry lines like “Where’s your dignity? Remember who you are!” If it makes you feel better, so be it.

‘Left To Burn’ is another high water mark. Broken guitar chords drift into a Floyd-ian fret buster. At 12.8 minutes it’s the longest track on the album so expect even more variation than ever. Oates’ voice goes from a deeper croon to sweetened pop and higher ranging impassioned roar.  “It’s all a game, you’re going to throw it all away” he accusses. Three minutes in a pulse beat enters and we’re getting a little more Dark Side Of The Moon but with an art rock vibe. The lyrics vary between the personalised and more world-at-large political themes, while the instruments delve in and out of some jagged prog metal, ending like a solar cluster burnt dry.

With ‘Everything At Once’ you wonder how many of this band’s songs began with just acoustic and vocals before assorted arrangements ensued. Penguin Café Society, contemporary King Crimson, and psych folk are all signposts along the way for this one before entering full on meltdown rock.

The Rush-lined intro of final track ‘Reborn’ oscillates off, giving way to the main song with its big bright anthemic choruses of “Will I ever see a silver lining? I think I’ve cross he point off no return. Will I ever see the stars aligning? If I crash and burn will my ashes be reborn?” and variations there of between soaring guitar solos that twist, turns, cry and strive out for more.

Very British, oddly rather Brummie in character too. On one hand there is an ethereal science fiction quality on the other personalised attacks, rages and emotive pleas remain to the forefront. You can hear various influences, less Radiohead than one might pre-suppose, but it’s where they’re taking their music that defines Xilla as a band to watch out for.

For more information on Xilla and to purchase Distant Minds click here.