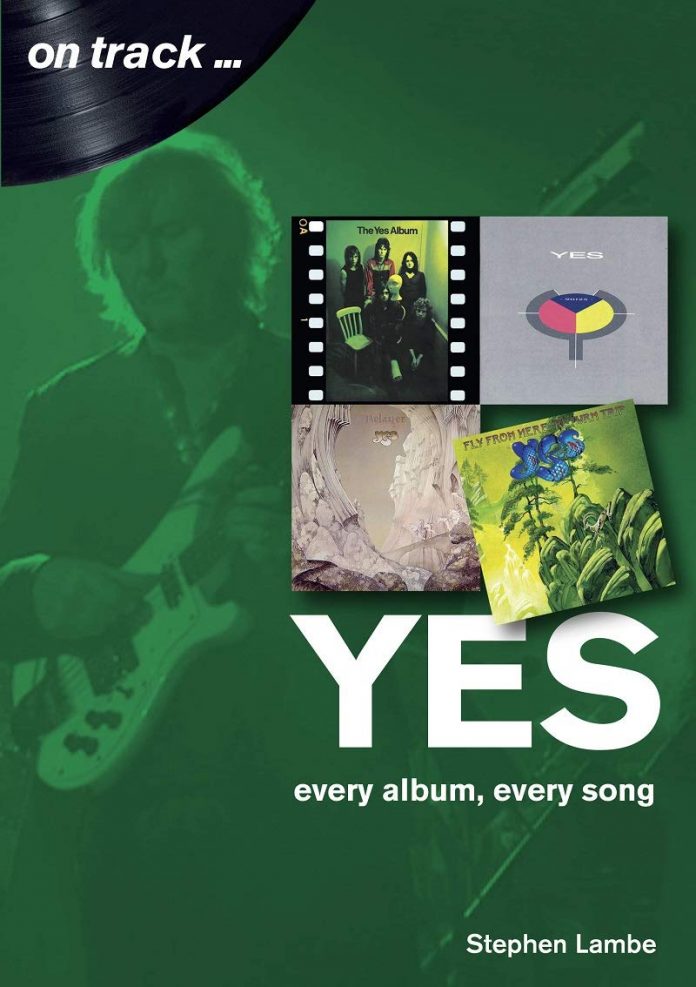 The eighties was the decade in which the wheels came off the wagon for Yes. After a glorious decade in the seventies, they’d approached the eighties as two groups of factions engaging in internecine strife. With Howe, White and Squire on one side and Anderson and Wakeman on the other, both sets with their own ideas of which was the best way forward for the band, each not particularly keen on working and cooperating with the other, and whilst the band continued (it still does to this day), it signalled the end of Yes as a major creative force in Prog rock – after having spent the seventies as supreme prog overlords helping to define prog rock as a genre.

This highly educational and entertaining book charts the times of Yes during a decade which saw the band engage in several major personnel changes, members leaving and returning. This included some real surprises Trevor Horn in for Jon Anderson and Geoff Downes replacing Rick Wakeman. The band encompassed the new technology of the time and a range and style of music on albums like 90125 and Big Generator which would alienate their fanbase, as it does to this day when only Steve Howe and Alan White remain from the band’s glory days.

But this book isn’t only about Yes as a band. It engages in a year-by-year breakdown of the eighties with Yes as the main unifying point, but they’re also pieces on every other person and musical entity associated during this period. So, they’re pieces about the key dramatis personae such as Jon Anderson & Vangelis, Asia, Cinema, Rick Wakeman, Trevor Rabin, etc, with all the official releases and the solo albums, including some best left forgotten; as well as pieces about others behind the scene but occasionally equally as important, like ex-manager Brian Lane.

There’s plenty of comment about the various interlinkages ..amiable and conflicting .. between the key personnel involved, alongside some of the struggles later on in the decade. Increasingly the ‘business’ began to take over and the music became ‘product’ in the eyes of the ‘suits’ who were becoming prevalent – affecting the musicians in bands like Yes, who didn’t write money-making hits to order.

In all, ‘Yes In The Eighties’ is a story well-told .. in truth, there’s probably too much detail included .. and there’s the occasional hint of ‘what might have been’ had the dominant egos of various Alpha males involved in the Yes story been kept in check. But, Yes survived the eighties in one (sort of) piece and, while their music never again reached the creative heights of their golden period in the seventies, and with Yes fans still arguing over whether a Yes without Jon Anderson can ever really be considered to be Yes, they cemented their rep as big beasts in the music world. As Rick Wakeman succinctly puts it ” 90125 and Big Generator may be a different genre of music, but these albums saved Yes”.

Is this the real Yes or is this just fantasy?  Read this book and make your own mind up.