There is not a juke box out there that hasn’t got at least one Bad Company track displayed on it. We hear lots of bands today playing covers of Bad Company tracks, which nestles into their familiar set lists. So it is with great pleasure that I have the chance of reviewing this DVD as both Free and Bad Company have always been there in my background and brings back days of a love and peace era that can never really be repeated. 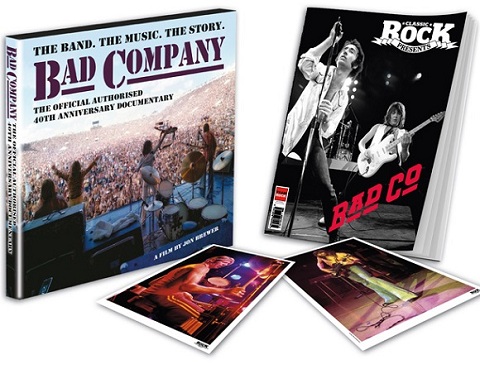 All the old names come flooding back along with a lot of sadness, as with a lot of bands of this era – they went through their fair share of disillusion and drug taking. For them this resulted in the loss of Paul Kossof who died tragically early at the tender age of 25, from a heart attack. He would have been 64 on 14th September this year, should he have lived.

But more tragedy was to follow when in September of 1980 Bonzo died after a heavy night of drinking and it was indirectly the end for Bad Company. Led Zeppelin called time on their expansive reign as Zeppelin was indeed Peter Grant’s ‘baby’ and he felt the loss just as much as Zeppelin and Bad Company did and so Grant lost interest in the business. Bad Company needed Grant as he was their mentor and Father figure and without him Bad Company felt lost, although the band tried to function on their own but could not fill the gap that Peter once filled.

It was indeed a very sad time for all concerned and so Bad Company took 18 months away from the scene to spend time with their families, who were slowly forgetting who they were with the mega tours and album successes.

However 1982 saw the comeback of Bad Company with an album entitled ‘Rough Diamond’ but internal frustrations on the part of Paul Rogers spilled out between himself, Boz and Mick and like a volcano ready to erupt it finally burst and in true rock n roll style Bad Company saw the finished album completed nursing swollen lips and black eyes, and surprisingly enough it was the only album that never sparked off a tour as Paul had finally had enough so two years passed and the band realised that Paul wasn’t coming back to the fold.

However, forty years on has seen the band come through victorious, wading their way through all the drink, drugs, deaths and fights and can still pull a strong audience to this day.

It was at that time Paul decided to embark on a new project with former Led Zeppelin guitarist Jimmy Page to form a new super group called ‘The Firm’ with Paul eager to step aside from Bad Company’s shadow and Jimmy wanting to move past the death of Bonzo but with just two tours and two albums later they decided to call it a day and move to pastures new.

So officially Bad Company actually disbanded in 1983 and became another notch of Rock ‘n’ Roll history. The band laid dormant for two years until their Greatest Hits album materialised.

A reminder that bands can come through hardships and come out fighting, and not in the sense of black eyes, but a triumphant fist in the air salute to a band who more than deserve their fame.

Brian Howe from The Ted Nugent Band joined for a few years but it was never the same and slowly and surely the band drifted apart, but with the tragic death of Peter Grant in 1995 it sparked a new era for Bad Company as in – all four original members went to pay their respects to a man who more than stamped his mark on the music scene and fourteen years had passed, Bad Company were off the radar but by way of a tragic death of friend and former manager Peter Grant they were drawn back together, and I cannot help but feel it is what Grant would have wanted. 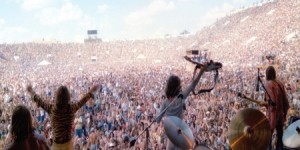 Jumping to 1998 Rogers and Burrell joined Ralphs and Kirke for an original line-up and each contributed four new tracks including the single ‘Hey, Hey,’ to the double CD set ‘The Original Bad Company Anthology’ and sadly in 1999 Rogers decided to embark on his solo career and a farewell tour followed for Bad Company.

1999 saw the band on tour again to eager fans delight as they turned out their classic hits one by one. But thwarted again, now it was Mick Ralphs turn to throw in the gauntlet as he needed surgery.

As with most bands there is always the glue that holds them together and for Bad Company Paul was and still is that man. So much so that he was asked to play with Queen and sung for Nelson Mandela’s 80th Birthday.

Again smacked in the face of adversity, September 21st ’06 saw the death of Boz Burrell the band’s bassist – who died of a heart attack whilst at his Spanish home in Puerto Banus, and made more poignant by his wife Kath, who said that he was sitting around a table, he had his bass, and being the perfectionist he was started to play and then suddenly he just slipped under the table and that was that! A fitting way to go for any rock star, but once again it brought gloom to the bands door.

So there you have it, in very fine detail. The band member’s trials and tribulations laid bare and forty years-worth to be precise. For me the most interesting part was how the tracks actually came together and the way the band quite literally bounced off each other musically to produce some compelling and memorable albums, that are no doubt listened to still, and by many, myself included!

Those times in the 70’s will never ever quite be the same again. They were glorious years – all the big bands who rose to fame Free, Zeppelin, Mott the Hoople, and of course Bad Company to name but four and out of all of them Bad Co. have finally made it into the 21st Century. Not without the bruising of life’s struggles but are without a doubt a strong band that have fought back and won, bringing with them their own personal memories along the way making them hardy perennials.

However, forty years on has seen the band come through victorious, wading their way through all the drink, drugs, deaths and fights and can still pull a strong audience to this day.

This DVD is both compelling and inspirational, and no doubt will strike a chord in the hearts and minds of fans everywhere. A reminder that bands can come through hardships and come out fighting, and not in the sense of black eyes, but a triumphant fist in the air salute to a band who more than deserve their fame. Thank you Bad Company for your important contribution to the music of many generations, and hopefully more to come. 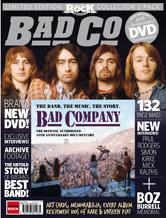 The new DVD from Bad Company ‘THE BAND. THE MUSIC. THE STORY.’ 40TH ANNIVERSARY DOCUMENTARY –  A JON BREWER FILM is out now via UNIVERSAL MUSIC.

Buy the collectors pack which includes the official DVD documentary, a 132 page magazine, and collectable art cards – all for £14.99. Click here to buy.