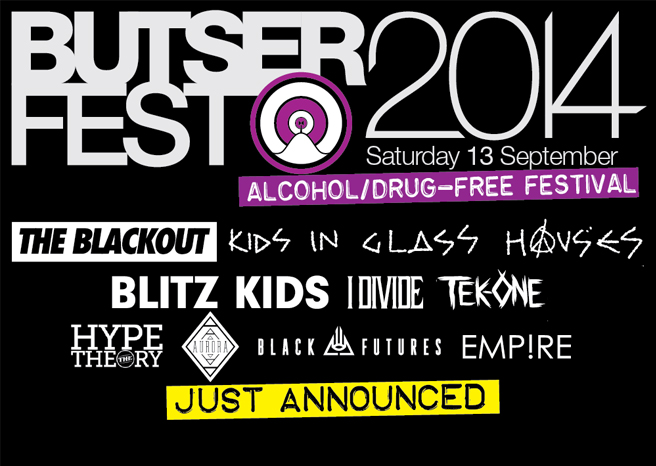 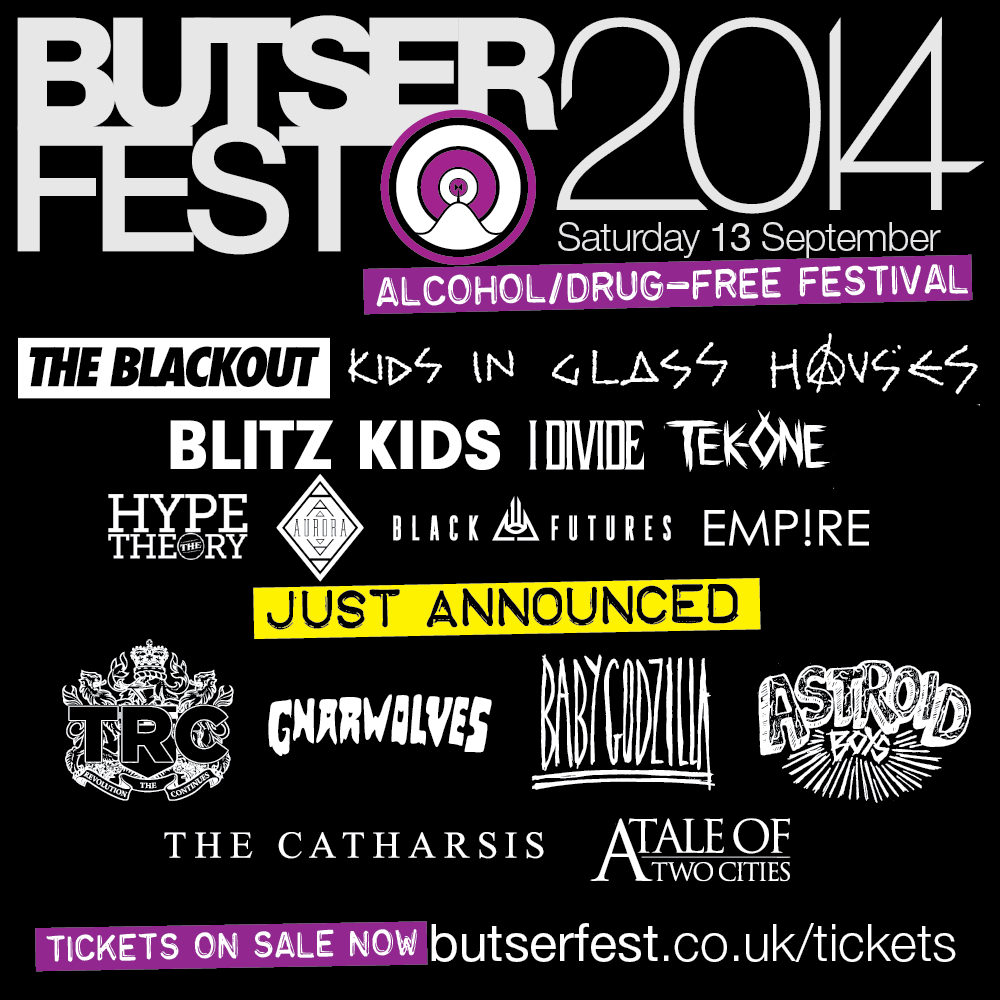 These bands will be joining The Blackout, Kids In Glass Houses, Blitz Kids, The Hype Theorey, Tek-one and many more.

More bands are to be announced for the alcohol and drug free youth festival.  There will also be many free activities for all ages, as well as signing tents and acoustic sets from some of the performing bands.

The festival was originally set up following consultation of youth in East Hamshire, who said there was not enough to do in the area.

Butserfest will take place on September the 13th at Queen Elizabeth County Park in Petersfield, with early bird tickets from £15. Tickets are available from here: http://www.butserfest.co.uk/tickets

Video: The Blackout – Start The Party