Guitarist Ben Poole is currently on tour through to mid-December in support of his new album Anytime You Need Me, and has been making waves on the radio with his single ‘Dirty Laundry’ – Produced by King King’s Wayne Proctor who also play drums on the record as well as being part of the touring line-up with bass player Beau Barnard and keyboardist Joe Mac.

The ‘Dirty Laundry’ video has generated over 150,000 YouTube views and 42,000 Facebook views so the tour is obviously going down similarly well. However, Poole took time out to answer a Q & A interview for general release and you can read it here at RAMzine…

RAMzine: Tell us more about your new album Anytime You Need Me. 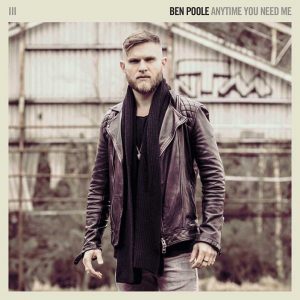 Ben Poole: This is my new album on Manhaton Records. It’s an album that I was extremely hands on with, having had a real vision and solid direction that I knew I wanted to take musically. As opposed to previous albums, I was far more involved in the songwriting process from day one when myself and producer Wayne Proctor first spoke about working together again back in July 2017.

I feel like this album captures the energy, excitement and aggressiveness (especially in the guitar playing) of my live show, whilst still retaining a thoughtfulness in the songwriting and overall classiness. I’d say it’s hard to categorise it effectively, or put it in a box genre-wise, but it is essentially blues rock, with soulfulness, a pop sensibility in some of the songs and a real funkiness coming from the rhythm section. Oh and of course loads of big guitar sounds!

RAMzine: You wrote and recorded the album with only two other people – Wayne Proctor & Steve Wright. What was your process like and what did you like most about it?

Ben Poole: We began writing together back in August 2017 over at Steve Wright’s Y Dream Studios out in the hills of North Wales. It was a really great environment to be in, with no outside distractions. Every writing session was a time of focus, positivity and a common goal. We worked extremely hard and, despite the fact that it could have potentially been a very stressful and testing process to be stuck in a room with a blank piece of paper and the same three people for 12-14 hours a day, it was actually hugely enjoyable and a real learning curve for me as an artist aiming to become a great songwriter as well as guitarist/singer.

One of the other things that was a little different about the way we worked was that we were moving backwards and forwards between the writing studio and the recording studio. Being able to do this was extremely beneficial as it allowed us to evaluate the album as it was coming together and work out what was missing, and thus write songs accordingly in the next writing session.

RAMzine: Any favourite tracks on the new album or any that you are particularly looking forward to playing live?

Ben Poole: We have already been playing ‘Take It No More’ and ‘Start The Car’ live on the last few shows and these have been a lot of fun already. Some big riffs and fuzz tones with the guitar which I feel were kind of missing from the previous record. I’m looking forward to playing ‘Found Out The Hard Way’ which is a pretty epic ballad with a big outro solo that I feel can really take off live so I’ll have some fun with that! Also, the title track ‘Anytime You Need Me’ as well as ‘Further On Down The Line’ have some cool riffs and grooves so I’m excited to have the live band kick those out behind me on the stage and seeing where we can take them!

RAMzine: You toured Europe for two months prior to the UK one. How do you prepare yourself for such an extensive tour and cope with being away from home for such a long time?

Ben Poole: To be honest the touring is in some ways the easy and fun bit for me. Performing and playing guitar on stage is the reason I got into this business in the first place, so having the opportunity to be able to go out and play night after night across so many countries feels like a blessing.

I’ve been doing this for a few years now, so I know what to expect and how much travelling is involved, but I have a good band and crew and we keep one another amused and sane! I do have to watch my health a little and try to stay healthy specially to maintain my vocals, but we like to let our hair down and party every now and then as well so it’ll be a lot of fun!

RAMzine: What’s the best gig that you’ve been to in the last five years or has inspired you the most?

Ben Poole: I have to mention a few here if that’s ok! I saw Aerosmith for the first time, and since had to go watch them again because I was that blown away by the live show. Watching Steven Tyler on stage is an absolute master class in performance. His command of an audience and the fact that his voice is still unbelievable at his age (now 70!) is baffling but amazing! I also saw Stevie Wonder who played a two and a half hour set and every song was a hit… now that is something special. He’s a hit machine and obviously an incredible artist. Also, John Mayer at the 02 Arena with Pino Palladino and Steve Jordan as the rhythm section was pretty special. Groove! 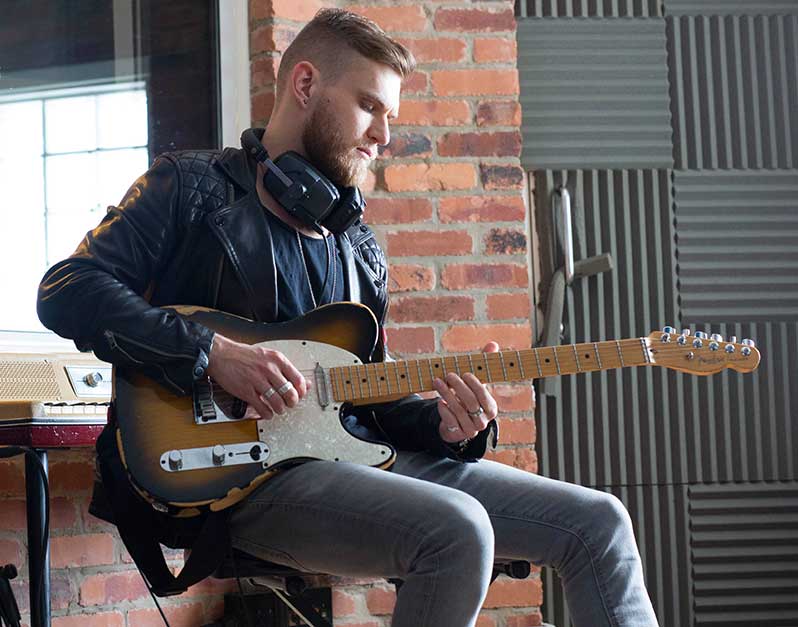 Ben Poole: I love travelling and seeing different cities. On this next tour some of the cool places we will see are Bucharest in Romania, Budapest in Hungary, Vienna, Salzburg and Lintz in Austria, Venice in Italy, Santorini and Rhodes in Greece, Madrid, Barcelona and Valencia in Spain, and many more exciting places in Switzerland, Netherlands and Germany! Of course, we won’t have too much time to do the touristy thing, but will at least try and grab a few hours here and there to look around and get a feel for each place! Apart from this I just love being on stage and playing guitar!

My least favourite part is probably just the early mornings! Inevitably most days are early starts to hit the road and get to the next city and next venue…and I’m definitely not an early bird. Ha ha!

RAMzine: What’s your favourite UK venue so far, and why do you like it so much?

Ben Poole: I love The Stables in Milton Keynes. It’s near to where I grew up before I moved away to Brighton and so I have lots of memories of going there as a punter when I was in my teens to watch bands and imagine playing there someday. I’ve played a few shows in the main room now. It’s a beautiful room, and well run with a professional team of staff.

RAMzine: Do you have a pre-show ritual? If so what is it?

Ben Poole: Nothing particularly exotic or interesting! I just try and play some guitar to warm up my fingers and sing a little to warm up my voice. Often with just a single glass of whiskey as a little pre-show treat!

RAMzine: What is your favourite part about playing live?

Ben Poole: The adrenaline rush that can be created when everything comes together on stage and with the audience is an amazing feeling. When the band are locked in and I’m feeling loose on the guitar and vocally, and the audience are hanging on every note those moments are pure bliss for me.

RAMzine: How do like to relax on a day off during a tour?

Ben Poole: Probably go on the hunt for nice cafes or restaurants for some good food or a few bars and just relax and have some laughs with with my band and crew. Maybe check out some guitar/music shops if there any around!

For current UK dates by Ben Poole check out RAMzine by clicking here.