Download 2018: 6 acts you NEED to see on the Avalanche stage 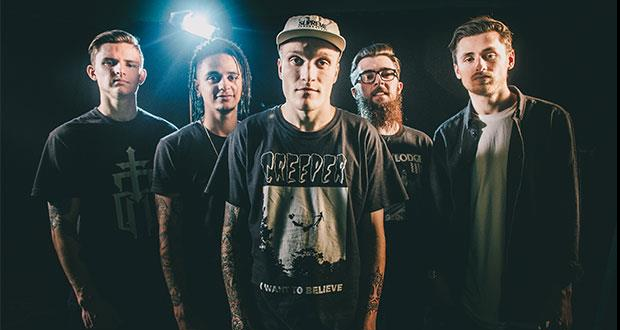 According to their website, Download Festival’s Avalanche stage: “showcases the best in punk rock, post-hardcore and alt-rock,” We can get aboard that, for sure. To  us though Avalanche is the TRUE alternative to the rest of the festival which is filled to the brim with hard rock and metal (not that there’s anything wrong with that). This is like the CBGB’s compared to Whiskey A Go Go, ECW to WWF, you get the idea. Hear are, in no particular order, six acts we feel you NEED to check out at Download this year.

You may have seen, or heard of, Mr Lenman before – as he is the former front-man of ’00s alt rockers Reuben. And even though the Surrey trio disbanded in 2008, perusing a career in illustration and contributing to a Doctor Who magazine: Lenman has not lost his flair for hard-hitting tunes.  His first solo record Muscle Memory was described as one-half ‘extreme, aggressive metal’ and one-half ‘all folk and jazz’ – what’s not to like? His 2017 follow up Devolver was a more familiar return to form revisiting his Reuben days. He also has a magnificent moustache. Which is fun.

Track to listen out for: ‘Hell In A Fast Car’

Sweden has been very generous over the years when it comes to great bands: Abba, Europe, Lordi, Ghost, Sabaton, SIA…Ace Of Base… Well you can also add The Hives to that list as the garage-punk-indie-rockers are one of the best live bands of the 21st century. It’s funny how in 2003 you couldn’t escape their hit ‘Hate To Say I Told You So’ but in 2018 you have to say ‘you know, the guys with white suits’ to remind people. Shame really as The Hives have been compared to the likes of The Rolling Stones and Ramones in the past plus have a stellar back-catalogue to boot. Also being Download Festival regulars means they are perfect Avalanche stage headliners on Sunday. Also it’s fun to check out what co-ordinated outfits they are wearing and trying to piece it toegether with old uniforms when you get home. These guys have collaborated with Timbaland, NERD, and Cyndi Lauper so if it’s good  enough for them…!

Track to listen out for: ‘Tick Tick Boom!’

How many times have punk-pop or ska-punk fans posted a link to ‘All My Best Friends Are Metal Heads’on Facebook in relation to Download. It’s almost the unofficial anthem of the festival. The mini-boom of ska punk bands in the late 90s/early 00s was great, made the sun feel brighter and the grass greener. Who cares if Download is going to be nicknamed ‘downpour’ again? These bands are our surrogate sunshine! Plus the Avalanche stage was put in place to host ska/punk/emo bands at Download to compliment the hard rock and metal going on outside this tent, so who better to see out the weekend before the Sunday headliner than a band like Less Than Jake? Just pretend you are in a live-action version of Tony Hawk’s Pro Skater 3…without the skateboarding…or Tony Hawk himself. Despite a few random EP releases in recent years, there’s no releases scheduled for LTJ. Which means it’s either new material or a greatest hits set. Either way this is going to be a highlight for any punk/ska fan.

Track to listen out for: ‘Science Of Selling Yourself Short’

Some readers will remember when A were seen as  ‘The UK’s next big rock band’ , yet some will know them as the band Dougie from McFly plays for, and others won’t ever have heard of them. Well, there’s a reason for the hype. After Brit-pop and Trip-Hop fizzled out, the alternative music scene was in the hands of the States who were giving us a plethora of nu-metal and punk-pop bands. A being a perfect cross between the two, plus being British, could only mean success for the Suffolk lads. Their album Hi Fi Serious is a hidden gem, and they continued to record but never got the attention they really deserved. Playing the Avalanche stage might be the ‘comeback’ moment for Jason Perry and co. If it’s nostalgia or discovering a great band for the first time, A are worth a look. Fun fact: Radio 1 Rock Show presenter, Daniel P Carter, and BBC 5 Live sports presenter, Mark Chapman, have both played in A.

Track to listen out for: It’s got to be ‘Nothing’

If you are reading this, you have definitely heard of Neck Deep. Here at RAMzine, we don’t really need to tell you how talented Ben Barlow and co. are (not to be confused with a character from Corrie…or singer from Take That). The Welsh pop-punk boyos have taken lessons from their Stateside inspirations and turned it in to something just as, if not more, wonderful.  Yup this is just a Neck Deep worshipping piece really, and who can blame us , they are the biggest success story from the UK rock scene in the past decade. Although Neck Deep  are headlining the Avalanche stage on Saturday, I think it’s about time they got a prime slot on the main stage too. Expect sing-alongs, bouncy riffs and a lot of jumping around for these lads.

Track to listen out for: ‘In Bloom’ (not a Nirvana cover)

Okay, we bigged up Neck Deep there – but they are pretenders in the presence of Bad Religion. Alongside The Offspring, Rancid, and NOFX – The LA six-piece represented the harder-hitting side of the punk explosion of the ’90s. It’s funny to class them as a 1990s punk band as the Friday headliners have been around since 1980. That’s not a typo – that’s almost 40  years. Even so, founding member Greg Graffin and the gang are no washed up punk-rockers. They still party harder than anyone else at Download 2018. Along with their politic message with today’s climate – Bad Religion are the band you REALLY need to see on the Avalanche stage over the festival weekend.

Track to listen out for: ‘American Jesus’